3 Reasons Why Going to a Top University Matters

The importance of attending a top university is diminishing.

Lucrative companies are working hard to create more inclusive recruiting processes in hopes of broadening their applicant pool and reducing the importance of top degrees.

Or so it appears.

The truth is, top universities still reign supreme among exclusive industries such as tech, consulting, and finance.

So, what advantages does going to a top university give you and why does it matter? 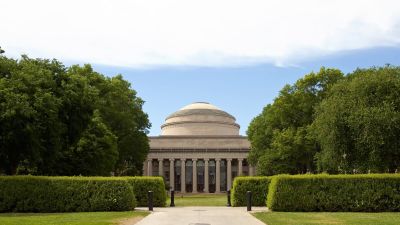 Before we begin, it’s important to understand what top universities mean in the context of this blog.

Top universities do not only refer to the top 10 or top 20 universities as listed by US News and World Reports or QS World University Rankings for the following reasons.

Stagnant rankings are inherently unhelpful. As objective as they try to be, none of them capture the true essence of US colleges. Picking US universities to apply to is an extremely personal process; one that requires you to think about numerous factors and their overall importance to your happiness, your education, and your success. In order to find the right university, you need to compile your own list of “best-possible” universities based on your preferences.

So, for the sake of this blog, top universities refers to universities whose graduates tend to get high-paying jobs at large, lucrative companies.

These universities include, but are not limited to:

As stated above, these universities are the top universities when it comes to lucrative industries such as tech, finance and consulting, they are in no way the only path to success but they can help you succeed more quickly.

To find out your chances of gaining admission to a top University try our US Admissions Calculator.

It’s no secret that the vetting process for top universities is extremely stringent.

For the most part, the finest students, thinkers and doers attend the top universities, which factors into both university life and beyond.

Elite companies are aware of the lengths these universities go to to admit incredible students so naturally, they have an inherent bias towards hiring students from top universities.

“Because, these firms understand that the diligence and ambition of students at these universities predisposes them to chasing consistently after success--traits that are indispensable for the fields in question,” says Crimson’s US Consulting APAC Strategy Director, Geoffrey Kyi.

At low-tier universities without ties to the top companies, you may hear about these lucrative, career-changing opportunities, or you may not.

While at the top universities, the elite companies will be ingrained in your psyche, for better or for worse.

If you would like support or to improve your admission to a top university find out more about or admissions support service.

What Elite Companies Look For

From the outside, it may seem as though exclusive firms such as Bain, Goldman Sachs and Google simply set up shop at top universities, wait for students to flock to them and then hire primarily from these campuses.

A couple years ago, this perception may have held some truth; however, times are rapidly changing and we may have the tech world to thank for it.

At the Next Economy conference in 2015 Vice President of People Operations at Google, Laszlo Bock, said, "We assume that if you went to Harvard, Stanford or MIT that you are smart. We assume that if you got good grades you will do well at work... there is no relationship between where you went to school and how you did five, 10, 15 years into your career. So, we stopped looking at it."

Bock’s views mimic the tech industry’s ideology of not caring about where applicants go to university or if they go at all.

That being said, with an acceptance rate of about 0.2%, knowing someone who works at Google will certainly help you land an interview.

And, as luck would have it, the majority (if not all) top universities have a hefty number of alumni at Google.

That’s over 20x as many alumni who could help you land an interview!

Sure, you could apply to Google without any alumni connections but then your application just becomes one of the two million applications Google gets every year.

A connection from a top university gives you a much better chance of getting noticed.

The tech industry’s perceived ideology has also inspired other lucrative industries to cast a wider net in their search for talent, or at least attempt to.

Before 2016, three of the world’s biggest banks, Goldman Sachs, JPMorgan Chase and Morgan Stanley, held first-round interviews at elite universities and for the most part, chose their incoming employees from these universities.

But, as of 2016, Goldman Sachs no longer conducts on-campus, first-round interviews for summer analysts, instead all students who are interested in an internship must send in a video interview.

By eliminating on-campus interviews, Goldman hoped to expand its applicant pool and reach students from all universities who are passionate about finance.

As noble as Goldman’s efforts seem, the company still hosts events at select universities, such as Harvard and UC Berkeley, and continues to use on-campus interviews for MBA students, proving that attending a top university still gives you a leg up by allowing you to mix and mingle with Goldman representatives and ask questions to get ahead.

Not to mention, JPMorgan Chase, Morgan Stanley and the top consulting firms (Bain, Boston Consulting Group and McKinsey) also continue to have recruitment representatives assigned to all top universities.

However, the top consulting firms do not have formal recruiting programs at universities such as Tufts University, University of Oregon or Boston University.

These are not “bad universities”, in any way, it’s just that the students who go there simply don’t get the same access to on-campus recruiting representatives.

Need further proof of just how much access you get by attending top universities? Take a look at the target universities (also known as “feeder schools”) for the big banks and major consulting firms.

Targets for the Bulge Bracket banks (the largest and most profitable banks):

These universities represent about 22% of recruitment and hiring for the Bulge Bracket banks in 2017 and, of course, are all top universities.

On the consulting front, the university that has the most representation at the top three firms is the University of Michigan, a Public Ivy.

The tech industry presents the only anomaly when it comes to target universities. According to a report conducted by HiringSolved, the top ten universities with the most undergraduate and graduate employees at the top 25 biggest Silicon Valley companies in 2016 are as follows:

Surprisingly, none of these universities are Ivy Leagues and only three of them are considered “top” universities by the definition above.

What most of these universities have in common is their strong tech alumni network thanks to their large size.

As QZ states, “ San Jose State alone has more than 7,000 engineering students in its 13 graduate and undergraduate programs—more than the total enrollment of Dartmouth”

On the other hand, if you want to become a funded entrepreneur, attending a top university is a good first step.

According to a report by PitchBook, the top ten universities with the most startups that gain funding are as follows:

These results revert back to the idea that going to a top university does in-fact give you an advantage.

Of course, you can apply to any company regardless of where you study, but attending a top university gives you unparalleled access to information about these fields.

You will know if and when deadlines change and you will interact with recruiting heads face-to-face and you will meet future potential funders. All in all, you will be that much more competitive because you know more.

To find out your chances of gaining admission try our US College Admissions Calculator.

A large percentage of the graduating classes at most top universities go on to work in finance, consulting and tech.

According to Harvard’s 2018 Senior Survey, 18% of the class went into consulting, 18% went into finance and 14% went into tech in the last year.

Half of Harvard senior class went into one of these three lucrative fields!

Here are a few more statistics from top universities:

There are a lot of low-tier universities that send a large percentage of their students into these fields as well but the difference in their average starting salaries is staggering.

In 2017, 11% of students at the University of San Diego went into finance/business with an average starting salary of $56,250 USD.

That’s a bit over double the amount of money… before bonuses!

This does not mean that big finance companies paying San Diego students less than MIT students for doing the same job.

The fact of the matter is San Diego students simply aren’t actively recruited by the top firms and tend to go into smaller, less lucrative firms.

Regardless of what field you’re in, attending a top university tends to pay off directly after graduation.

To find out your chances of gaining admission try our US College Admissions Calculator.

In the aforementioned industries, the top universities have the upper hand when it comes to access to opportunities, recruiting and salary.

Today, most people change careers at least three times before they are 32 so being part of an alumni network that will give you access to the top of any industries gives you the freedom you need to take risks.

At the end of the day, top universities give you the option to fail.

And having that option, in today’s fast-paced entrepreneurial world, is what you need to become successful.

Now that you’re aching to go to a top US university, you need to figure out how to pay for it.

Check out the next post to find out if you can afford to study in the US!