Looking Beyond the Ivy League 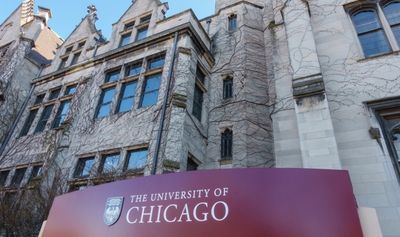 Harvard, Princeton, Yale, Columbia...there is no doubt America’s eight Ivy League universities deserve their well-earned reputation for being some of the best educational institutions in the world. Constantly ranked in the Top 5 in the US and Top 15 in the world, it’s no wonder that the Ivy League acceptance rates are plummeting to as low as 4.5%.

What most students don’t realize is that there is a world of choice beyond the hallowed US north-east ‘league’ of universities (the bond of eight was formed as the first NCAA athletic conference in 1954). In fact, these days universities such as Stanford, MIT, and the University of Chicago are giving the Ivy League a run for their money in the world university ranking stakes.

With Ivy acceptance rates plummeting other universities are offering highly competitive alternatives, and given the Ivies may not be a perfect personal fit for every student wanting to study in the US, these non-Ivy options are definitely worth considering and perhaps even prioritizing over the famous eight.

With it’s Silicon Valley address and highly selective admissions process, Stanford has earned its reputation as the sunny west coast alternative to the Ivies. Renowned for its entrepreneurial bent and sporting prowess, Stanford is also a major hub for research with its current budget over $1.6 billion per year. In recent years Stanford has had the lowest acceptance rate in the country - down to roughly 4.5% - making the admissions process even more competitive than Harvard. Its notable alumni list is long and impressive, including Elon Musk, Google CEO Sundar Pichai and Actress and Producer Reese Witherspoon.

Known as Harvard’s highly competitive STEM-focused neighbor, MIT has a reputation for attracting the best of the best mathematical and scientific minds in the world. Located on the Charles River, the university - which uses its own application portal separate from the Common Application - boasts close to 100 Nobel Prize-winning graduates and faculty. Alumni include Nobel Prize winner in physics, Richard Feynman, former Secretary-General of the United Nations, Kofi Annan, and astronaut, Buzz Aldrin.

With a reputation for intellectual inquiry and critical thinking with a dollop of quirkiness thrown in, UChicago is known for its rich history in economic, political, and scientific study (its physics department created the first sustained nuclear reaction). In addition to the college, the university has postgraduate offerings that include the highly ranked Booth School of Business, Law School, and Pritzker School of Medicine. Located in the fast-paced city of Chicago, it’s alumni roster is a historical and current ‘who’s who’ touting names such as Microsoft CEO Satya Nadella, Washington Post publisher, Katharine Graham, and Pulitzer Prize-winning author, Philip Roth.

California’s answer to MIT lays claim to one of the most prolific and important research bases in the US. While science, engineering, and mathematics are the main focuses for most CalTech students, the campus is also known for its strength in music. The University also has an outstanding student-faculty ratio of 3:1 only accepting about 250 freshmen per year (the undergraduate population is a very small 977). Alumni include co-founder and chairman emeritus of Intel Corp, Adam D’Angelo, film director, Frank Capra, and Nobel Laureate for Physics, Kip Thorne.

Often referred to as the ‘Southern Ivy’, Duke, with its picturesque grounds and genteel reputation, is often seen at the top of university rankings lists. Undergraduate applications are made to either the Trinity College of Arts and Sciences or the Pratt School of Engineering. Renowned for its academic ingenuity and sporting prowess, the university boats alumni such as Apple CEO, Tim Cook, American philanthropist, Melinda Gates, and US President, Richard Nixon.

Located a stones-throw from similarly ranked the University of Chicago, Northwestern has a reputation for taking a slightly more pre-professional focus with it’s well-regarded Medill School of Journalism, law school, medical school, and Kellogg School of Management ranking amongst the best in the nation. Bordered by the scenic Lake Michigan and the urban city of Chicago, students enjoy access to a picturesque campus on the footstep of a major metropolis. Alumni include Game of Thrones author, George R.R Martin, Nobel Prize winner in medicine, Robert F. Furchgott, and actor Seth Myers.

The University of Michigan is one of America’s most elite public universities. Located only 45 minutes from the major city of Detroit, the university has a reputation for superior academics and athletics. t’s high standards of research and comprehensive graduate programs in STEM and architecture are balanced by its successes in the sporting arena - most notably on the football field when playing against arch-rivals Ohio State. Notable alumni include Google co-founder, Larry Page, Pulitzer Prize-winning playwright, Arthur Miller, and NFL Superbowl champion, Tom Brady.

Carnegie Mellon is one of the few top universities which not only has the reputation as a world-class technical institution, but a similarly strong reputation in the arts. With 62% of its students graduating in a STEM field, Carnegie Mellon also prides itself on its top-notch computer science program and it’s School of Fine Arts, specializing in drawing, painting, printmaking, and photography. Past students include Nobel Laureate, John Forbes Nash (the focus of the film ‘A Beautiful Mind’), famous artist, Andy Warhol, and Java programming language founder, James Gosling. 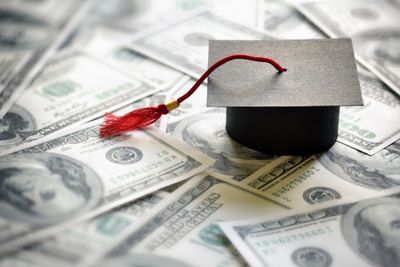