Amidst the rise of COVID-19 in the United States, education across all ages, states, and rankings have had to adapt… quickly. Schools have moved instruction online, and education organizations such as CollegeBoard has had to cancel and postpone test dates for exams such as the APs, ACT, and SAT. The ACT that was scheduled for April 4th was postponed until June 13th, and the SAT has canceled testing until the beginning of the Fall semester. Organizations have also begun preparing for online & remote testing options.

As a result of the quick changes being made within the education sector, several institutions have released formal statements saying they have opted for a test-optional admissions approach. This mostly applies to next year’s seniors and in many cases appears to be a permanent change. Though this movement is gaining traction, test-optional admissions is not new. The trend started in 2019 after several allegations of devious test scores being submitted alongside applications.

This change may come as a pleasant surprise to students that struggle with standardized testing. However, what students may not know is submitting standardized test scores along with their applications may work in their favor. Some test-flexible institutions like New York University and Drexel University do not require SAT or ACT scores to be submitted but may require other forms of proven merit such as an IB Diploma.

As the public health pandemic evolves, it is possible that more colleges and universities will follow suit and opt-in for a test-optional or test-flexible approach.

If you’d like to chat with a Crimson Advisor about your chances of gaining admission to any top schools in the US or UK, schedule a complimentary assessment here! 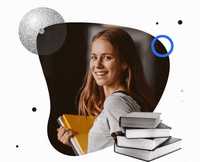 What are the Hardest and Easiest AP classes? (2021)

How Many AP Classes Should I Take?