Liberal Arts Degree: Is It For You? 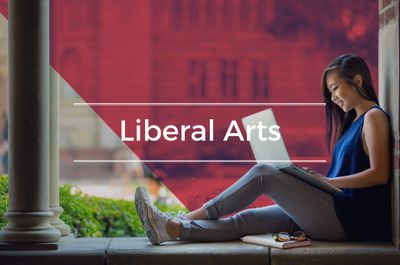 When choosing a degree, it's all about choosing a speciality that will allow you to succeed - like a business, finance or engineering degree, right? Well, what about a liberal arts degree?

Before you allow stereotypes to undermine a liberal arts degree, it's important that you see this degree for what it is - a vast opportunity to build your skill set and pave your way toward a rewarding and innovative career.

Differences between Liberal Arts colleges and other universities 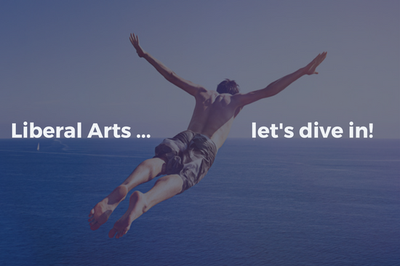 If you're currently interested in a liberal arts degree, you can likely relate to this common question - 'what are you going to do with that degree?'

First, let's look at the definition of a Liberal Arts Degree:

An education program focusing on interdisciplinary topics, from the humanities and the sciences, that equips students with a broad range of skills and understanding.

However, the liberal arts degree is often viewed as 'too broad and lacking focus' because it allows investigation into many subjects, such as literature, sociology, philosophy, math and political science.

This leads to a belief that Liberal Arts students suffer from:

However, these claims are unrepresentative of what a liberal arts degree gives you, which includes excellent workplace skills.

Organisations want to hire individuals who have demonstrated critical thinking skills, are creative and aware of the opportunities available to them.

In fact, when implemented in the real world, a liberal arts education may not lead to a programming or medical career alone, but it can lead to a world of other possibilities. 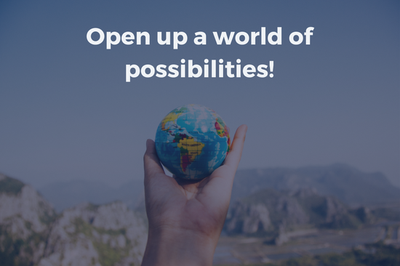 In terms of benefits, when you embark on a journey of a liberal arts education, you can:

If you're more flexible and able to provide new solutions to constantly changing problems, you're a much more attractive candidate to employers.

In fact, those who graduate with a degree in humanities or social sciences, do quite well for themselves. 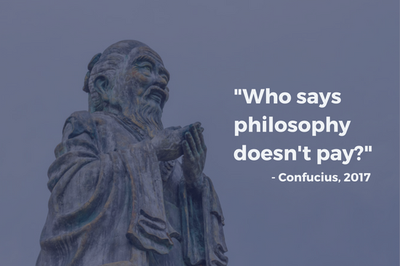 Basically, you can be earning quality wages just as your pre-med friends finish up their residencies.

Another key survey from the Association of American Colleges and Universities, which surveyed 320 business leaders, showed the vast majority of CEOs (74%) said that they would recommend a modern liberal arts education because they would benefit from more dynamic workers.

Hmm, a liberal arts degree isn't looking so bad after all.

But where should you study one?

The Top Five Liberal Arts Colleges Around the Globe

Around the globe, liberal arts are starting to gain momentum, especially in Asia and America.

Back in ancient Greece, liberal arts was an integral part of one's education, covering three key subjects -- logic, rhetoric and grammar. In the Middle Ages, this area of study began to expand to subjects, including astronomy, music, arithmetic and geometry.

Today, liberal arts students have access to a wider range of subjects, but at its core, the objective is the same: create and develop well-rounded individuals who possess transferable skills and a capacity for lifelong learning.

Whether you're trying to convince your parents or are simply interested, this short list of schools will inspire you to become a full-time liberal arts student. 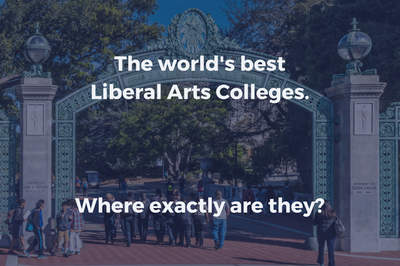 Ranked as the number one liberal arts college in the United States, Williams College is one of the most selective colleges in the country -- they also do not necessarily admit those who showcase top scores.

Instead, they want those who are creative -- those who have unique perspectives and are able to think outside the conventional box. What is required in order to apply?

Ranked 7th in relation to the QS World University Rankings, UCL agrees that a combination of both arts and sciences offer students an opportunity to expand their current knowledge while encouraging interdisciplinary thinking.

Benefiting from world-class resources, all while accessing key social and cultural opportunities, students can choose from courses such as Advanced Creative Writing, Psychology in the Real World, Mathematical Methods for Arts and Sciences and Law in Action.

Placing 28th within the QS World University Rankings, Berkeley offers an opportunity to obtain a liberal arts education within a top tier university. As stated on their website, "A broad-based liberal arts education does more than prepare you for a job. It lays the foundation for a future career while also preparing you to compete in the marketplace of ideas".

Berkeley is an excellent example of a leading academic institution, which supports the study of liberal arts. Known for its size, quality of labs and libraries, scope of research, as well as their faculty and students, they certainly present an outstanding opportunity.

Receiving more than 90,000 applications a year, Berkeley recommends that you be reflective - using every aspect of the application, and using it wisely.

For 2016-2017, the University of Toronto was awarded the 22nd spot on the Times Higher Education World University Rankings. Being one of the most diverse and comprehensive academic divisions within North America, they proudly support their Faculty of Arts & Science.

In fact, students within their faculty come from over 140 countries, and notable alumni include Lester B. Pearson, Margaret Atwood, numerous former Prime Ministers, and the list goes on. They strive to take students' research in the humanities to the next level.

Also offering a Master of Liberal Arts, these students tend to embark on professional careers which focus on collections or heritage sectors, public service, both government and non-government organizations, academia and professional museums.

Struggling to fit in a liberal arts degree in your busy schedule? Have responsibilities that mean you can't leave where you're located?

If you want to boost your prospects, then this is a great place to start.

At the end of the day, if you want to pursue an education in liberal arts, then you've already convinced the most important person in this debate. You.