Which Medical Schools Make You The Best Doctor In The World?

The journey to becoming a doctor starts with a thousand questions.

You will find no easy or fast path to becoming a doctor. It’s hard work, but if you still feel the urge to save lives and take the Hippocratic oath then here are the absolute best national and international medical universities around the globe, from the US to the UK and even, Australia and New Zealand.

The Pinnacle of US Medical Admissions

Harvard developed its medical curriculum in the late 1800s and is constantly on the forefront of medical innovation and influence. The program is research-focused, producing many widely-respected clinical studies and research papers.

The institution consistently ranks as the number one medical school around the globe, making it extremely attractive - and exclusive - for potential students. Students can attain a wide variety of degrees, including M.D. and Ph. Ds, but also more exotic degrees like M.D./MBAs.

Some famous Alumni include author Michael Crichton, neurosurgery pioneer Harvey Cushing, inventor of the Gaia hypothesis James Lovelock and also Paul Zamecnik, one of the central figures in the early history of molecular biology.

Is It For You? Harvard Medical School only takes on extremely high academic achievers with some of the highest incoming GPA averages and MCAT scores in the country. Accordingly, Harvard is one of the most-respected medical research arenas in the world. If you want to be part of the cutting edge, then studying medicine at Harvard is your place - but it also comes with a hefty price tag.

Johns Hopkins Medical School ranks as one of the top medical schools in the US and is attached to the world-famous Johns Hopkins Hospital, which is responsible for the development of medical specialities, such as neurosurgery, cardiac surgery and paediatrics.

Students get to put their learning to good use in the hands-on environment of the hospital and learn from leading medical professors from across the world. Students can earn traditional M.D., a Ph. D., or both. Further, it is one of the most diverse medical campuses in the US, accepting a high-ratio of women and ethnically-diverse students.

At the same time, the vast majority of students are receiving loans, financial aid or a grant/scholarship, making it more accessible - if you’re accepted.

Is It For You? This medical school is focused on turning you into a world-class doctor. Every few months, classes break for week-long intersessions where students develop advanced skills through simulation.

At the same time, current students report the campus being extremely fun with events, such as the annual Colleges Bowl where the four on-campus colleges compete in kickball, races and tug-of-war.

If your ambition is to become an elite and worldly doctor and have a bit of fun while you do it, this is your campus.

Oxford is one of the top-ranked medical schools in the world. The course focuses on a well-rounded intellectual education, with emphasis on the science behind the medicine.

Students become adept at working from primary research work and are encouraged to think critically and creatively. They also gain technical skills at the laboratory bench, as well as in presenting and handling scientific data. The course is split into a three-year pre-clinical section and a further three-year clinical course.

Further, the campus is one of the most beautiful and historic in the world - so aside from receiving a globally elite education, you do so in style and awe. Plus, you socialise and study with the smartest people in the world.

Is It For You? Some opinions say Oxford’s medical course isn’t unique or special, just that the school drills its students much harder than other colleges. Oxford is renowned for making you busy - so you can rest assured you will get an education in the fundamentals of medicine, perhaps second-to-none.

For example, Oxford medical students often write as many essays in one year as other students in different courses write over their entire five-year degree. Tutorials have a reputation for being demanding, with the University expecting its students to focus on their studies full-time and not pursue part-time work.

Some also say the difference between Oxford and Cambridge clinical courses are indistinguishable.

Your decision may come down to the other benefits of studying at Oxford, such as prestige of this particular Ivy League College, access to specific world-leading professors, the social environment or other factors.

Cambridge has fallen behind its rival, Oxford, as world-class medical education provider but not by much. The University ranks third in the world, to Oxford’s second, when educating on the subject of medicine.

Cambridge students start their study on subjects, such as anatomy, homeostasis, disease biology, molecular chemistry and biology, neurobiology and others. In the third year, students choose a specialisation - sometimes not even related to medicine, such as philosophy or management studies. Similar to Oxford, after these three years, students then head off to clinical studies at Addenbrooke's Hospital to practically apply their theory.

Finally, this UK institution is renowned for it’s extracurriculars as well as producing some of the highest-calibre research in the world - and learning the medical craft at one of the world’s most renown hospitals (Addenbrooke) doesn’t hurt.

Is It For You? If you like structure, then you will like Cambridge. The university is obviously steeped in tradition. Great people graduate from Cambridge - Stephen Hawking and Bertrand Russell are just two - so the campus is on to a winning process. However some people might find this restrictive or overbearing.

Some people suggest the University has a focus on academic thinking, while placing less emphasis on practical or presentation skills - leading to a more introverted type of learning environment. It really depends on your preference.

However, Cambridge does offer small-group teaching, known as supervisions, with subject specialists as a unique advantage - if that’s how you like to learn. 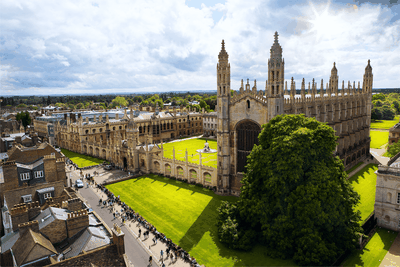 Karolinska Institutet is one of the top 10 medical colleges and is a one-faculty medical school in Sweden, dedicated to the medical and health sciences. The campus is joined to it’s research and teaching hospital - the Karolinska University Hospital.

The university offers one of the widest ranges of medical educations under one roof and is situated in Stockholm, one of Europe's most culturally-diverse cities with a long and inspiring history.

You may be familiar with the institution as it awards the Nobel Prize in Physiology or Medicine every year, and has graduate several notable Nobel Laureates, such as Torsten Wiesel and Tomas Lindahl.

Is It For You? If you want to surround yourself with the like-minded, this is your school. It’s laser-focus on medical learning, plus being consistently a top 50 global university, means you will get a spectacular education.

One of the coolest things about this university is its student well-being programs that offer activities, such as free weekend cabin camps and state-of-the-art student facilities. Plus, it’s cheap compared to US and UK universities.

Buyer beware: Most medical courses are taught in Swedish, so it’s a good idea to have a solid understanding of the language before attending, however the Global Masters and Bachelor Programmes are taught entirely in English.

Further, the institutions Nobel connection gives you a unique connection if you’re looking to walk the medical research path and is a great campus for people who like smaller communities, enrolling only ~6,000 student at a time.

University of Sydney or Sydney Medical School, was established in 1856 and has graduated some of the world’s most famous doctors, including Dr Victor Chang - pioneer of modern heart transplants.

The program offers a four-year graduate medical program that features early clinical exposure - you’ll be in the clinical world from your first week - and problem-based learning.

The current program is modelled on aspects of the Doctor of Medicine program developed at Harvard Medical School.

Further, students will get exposure to rural health care with campus's in Dubbo and Orange, as well as placements throughout central, northern and western NSW.

Sydney Medical School only takes the cream of the domestic crop - so be sure to ace your GAMSAT and GPA entry requirements.

Is It For You? The battle between Sydney and Melbourne is heating up, not just from a lifestyle perspective but also from the education angle. Realistically, it’s very hard to differentiate the two campuses, in terms of quality.

The University of Sydney is an impressive place, oozing tradition from every sandstone brick while campus life is full of culture with many societies for all interests. Further, Sydney is a gorgeous city with the best beaches, parks, gardens and museums in Australia.

The quality of education is some of the finest on the international stage, ranked 17th in the world for medical subjects.

University of Melbourne is considered the best university in Australia, ranking 33rd in the Times High World University Rankings compared to Sydney’s 60th positioning, while it’s medical ranking is on par with Sydney’s grade.

Similar to Sydney, Melbourne’s Doctor of Medicine is a four-year course available to international and domestic students, giving balance exposure to both the theoretical and practical skills required to perform top-quality medicine.

Like most universities, getting into medicine at Melbourne means absolutely acing your academics, as well as taking undergraduate tests, such as the six-hour GAMSAT exam.

Is It For You? As with all Australia / NZ medical course, as an undergraduate, you will need an English score of 35 or above, a chemistry score of 30 and above, and completing some form of mathematics.

Further, an average between your GAMSAT/UCAT score, your ATAR and your medical interview will determine acceptance. So academics and winning interview prep is what will get you accepted into Australian Universities.

As for studying in Melbourne, it’s the world’s most livable city which speaks for itself. People say the campus is friendly and social, however some lectures are known for not really caring about undergraduate students.

Australia also has less of a reputation for elitism than, say, the US, when it comes to where you studied medicine. If you plan on practicing in Australia - your school won’t be a deciding factor in placement or employment. Plenty of students are now studying medicine in Perth, Canberra or anywhere in between. 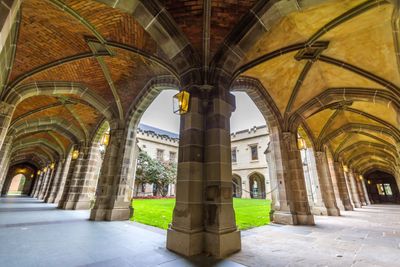 Becoming A Doctor On A Budget

What if cost is an issue and you would like to become a doctor without breaking the bank?

Your journey to becoming the world's best doctor is overwrought with choice, however many schools suit different needs. Hopefully this blog has helped you with your research into some of the best medical schools in the world - however if you would like to talk to someone about what options are available to you - then we can talk about what's best for you in a free consultation.

Get into your dream medical school. Speak with an advisor today. 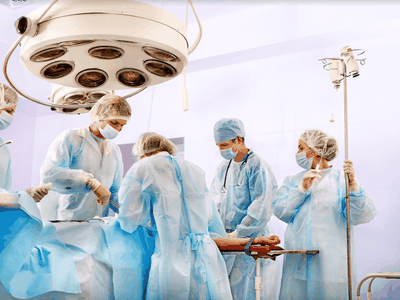 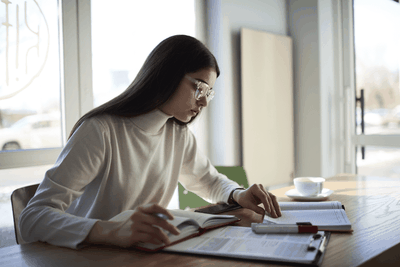 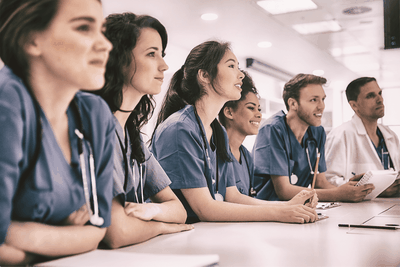 How to Become a Doctor in Australia and New Zealand: The Complete Strategic Guide