Lately, the news has consisted of discouraging announcements regarding COVID-19 and social injustice. The world is undergoing significant changes and sometimes it’s hard to keep up. Luckily, we’re here to deliver some exciting news! The United Arab Emirates is sending a spacecraft, appropriately named “Hope,” to Mars.

Up until this week, the UAE had only launched satellites into Earth’s orbit and had never launched any spacecraft. What makes this launch extraordinary is that the launch is being directed by H.E. Sarah Al Amiri, the UAE Minister of State for Advanced Sciences. Women are largely underrepresented in the STEM field, specifically when it comes to rocket science and space exploration. However, 34% of the Emirati team working on HOPE are women. The 6-year long project was started to find out more about the Red Planet, also known as Mars, and its weather and climate.

Sarah Al Amiri was featured on the “BBC 100 Women” list which highlights the most inspiring and influential women and their vision of a female-led future. Al Amiri is recognized and applauded for her efforts in leading the team in charge of the Emirates Mars Mission (EMM)'s “Hope Probe.”

In response to the launch, Al Amiri shared that her curiosity and love for space started when she was just nine years old; Al Amiri grew up in a time where the United Arab Emirates did not have a space program. Al Amiri first earned her university degree in engineering at the American University of Sharjah and then continued her studies and research at the Mohammed Bin Rashid Space Centre (MBRSC). Not only does Al Amiri care passionately about space exploration but educating others on the possibilities and wonder of space. In 2017, she gave a TEDx Talk titled “A Mars Mission of HOPE.” Check it out!

One of the goals of this exploration is to send a UAE mission to Mars by the 50th anniversary of the nation’s founding. "The next phase shall witness empowering UAE technology developers, manufacturers, and designers, whom, by the end of 2021, shall present scientific data to all scientists around the world," said Al Amiri. Emirates Mars Mission Project Director Omran Sharaf has made it clear that the mission is not similar to other missions lead by other countries. This exploration would be the first-ever to capture a wholesome view of Mars’ atmosphere, weather, and climate during various seasons.

A big congratulations to Sarah Al Amiri for leading the way! Best of luck to team HOPE in their mission! 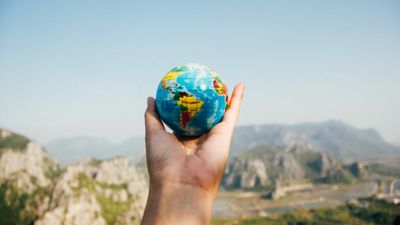 The power of online communities: how a Northampton student reached hundreds through TEDx 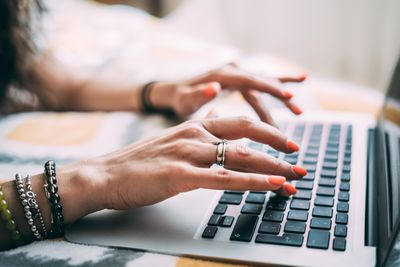 How Social Media is Bringing Together Academic Communities During COVID-19