Women are also celebrated internationally every March 8th for their social, economic, cultural, and political achievements! 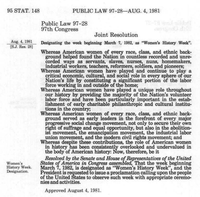 Now that we have a better understanding of the history and influence, let’s dive into the impact women are making in literature! Below is a list of 10 Books by Women* to Read in 2021 (listed in alphabetical order and not preference or importance)

The blog team at Crimson will continue to write and share awesome stories this month highlighting the incredible accomplishments, discoveries, work, and history of women!

*For consistency, all synopses were borrowed from goodreads.com.

How to Turn an Idea Into a Portfolio of Leadership Projects