Colleges with the Spookiest Halloween Traditions

Time to break out your Jack-O-Lanterns and wipe those cobwebs off the old broom stick, because… today is Halloween!

Whether you’re gearing up for a big night of trick-or-treating yo’ self, knocking down doors for free candy, or planning out your blood curdling costume for your best friend’s Halloween bash, you’re 100% feeling festive (and extra spooky).

Celebrate Halloween at college the right way. We’ve compiled a ghoulish list of the craziest college Halloween traditions across America’s most mysterious campuses. Not much of a Halloween howler, check out these wacky graduation traditions at popular universities. 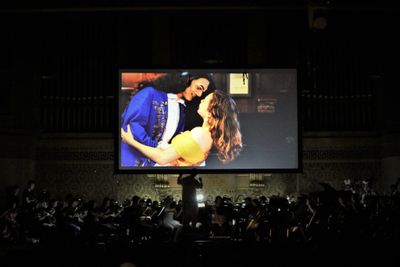 The YSO Halloween show is the second most-attended Yale event of the year (the first being the Harvard-Yale football game). Tickets for the event sell out just a few days after they go on sale, despite the venue, Woolsey Hall, having a capacity of over 2,500 seats. The annual show, held at midnight on October 31st, is the Yale Symphony Orchestra’s most unique performance of the year.

The show itself is a silent movie filmed by the students prior to Halloween, in which the orchestra accompanies the film with a live soundtrack. The movie is new every year but frequently features beloved administrators, celebrity cameos and orchestral renditions of songs, old and new. 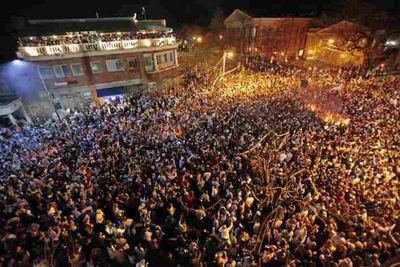 This yearly tradition involves a massive gathering on Franklin Street, deemed the cultural hub of Chapel Hill. The celebration began in the early 1980s, where residents and college students dressed up in creative costumes and walked up and down the street. Since its inception, the event has grown in size each year with an estimated 80,000 attendees traveling near and far for the event.

As you can imagine… the traffic the event brought in was far too much of a headache. Since 2008, Chapel Hill police have cracked down on the tradition, implementing new measures to attempt to cut doesn the size, dubbing it “Homegrown Halloween” to reduce the crowd size and discourage out-of-town attendees. Despite the effort, UNC still sees about 35,000 people show up each year. 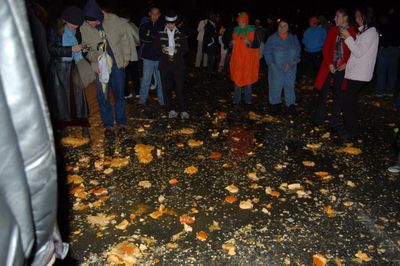 Hosted by EC-1W, MIT invites the wider community to join this rather bizarre tradition each year. Pumpkins are dropped from the top of the 21-story Green Building standing 295 feet tall, causing them to ‘splat’ at the feet of the gathering crowd.

No surprise here, math and science also plays a major role in this tradition - with it being MIT. Beforehand, participants design calculations to see whose pumpkin will make the biggest-impact, based on the days weather conditions, when it crashes to the ground. Costumes are also encouraged at the event… duh. 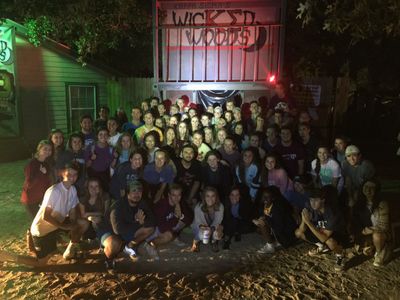 The organization can expect as many as 6,000 people total to attend, with a maximum of 250 allowed on the . Groups of 10-15 guests are escorted through the woods by a guide to 7 different. The whole experience only lasts for about 15 minutes, but it’s promised to be an absolute scream. 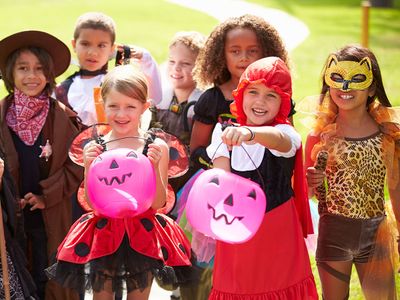 UCLA takes Halloween very seriously, especially with homecoming weekend often falling on the weekend. One of the university’s most unique, and oldest traditions is All Hill Halloween, which first took place in 1986, when local school children were brought to the UCLA dorms for a safe night of trick-or-treating.

Since then, thousands of dressed-up tykes make their way to UCLA each year for some good old fashioned trick-or-treating. Students now join in the fun by picking out costumes, decorating the dorm floor and handing out some yummy candy for kids to enjoy. The tradition took a brief hiatus due to construction, but plans to bring it back are in the works.