National Book Lovers Day: 6 of the Best US College Libraries

In honour of National Book Lovers Day, Crimson is like to celebrating one of the most-visited yet mostly overlooked buildings on campus...

It’s not the dorm room, the campus center, the dining hall, the university theatre or even the college football stadium!

No, today, we are celebrating college libraries across the USA!

Despite probably not being a typical student’s favorite location on campus (think 12 hour days ensconced in a corner studying for finals!), the library plays one of the biggest roles in facilitating learning and research amongst college undergraduates and postgraduates.

Not only are they important institutions for learning, but many libraries actually exist as extraordinary feats of architecture in their own right. Here are six of the most spectacular libraries American universities have to offer. 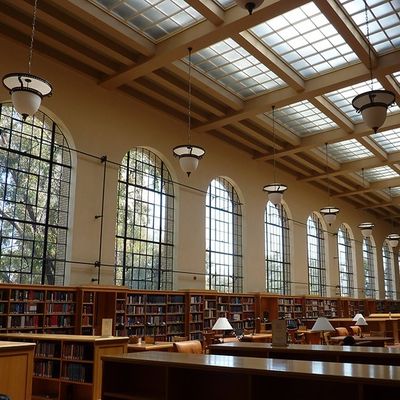 The Cecil H. Green Library is the largest of the Stanford University libraries, of which there are in total more than 20. It houses an astounding 4 million volumes relating to multiple disciplines, including the humanities, social sciences, area studies and other interdisciplinary areas. Having just celebrated its centennial anniversary, this library has been offering students premier access to a suite of digital and print resources, a network of discipline-focused librarians, and digital tools enabling the manipulation and investigation of hundreds of thousands of items – all for 100 years.

A cool book found there: the first edition of the King James Bible 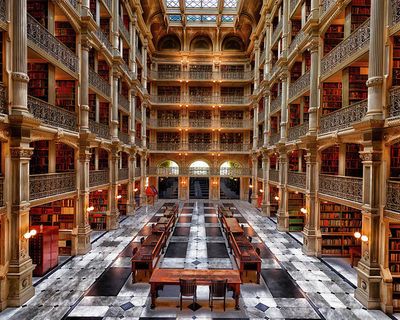 Initially an early research centre, the George Peabody Library Johns Hopkins is open to both students and the general public. This library was completed in 1878 and designed by renowned American architect Edmund Lind, who worked in conjunction with provost Nathanial H. Morrison to create one of the most beautiful architectural structures American universities have to offer. Its centrepiece attraction, the atrium, features a black and white marble floor, a sixty-one feet high latticed skylight, five tiers of ornamental cast iron balconies and gold scalloped columns. Architecture aside, the library is home to the speciality collections of 300,000 books in the areas of religion, British art, architecture, exploration and travel.

A cool book(s) found there: the first edition of Galileo’s illustrated treatise on the discovery of sunspots (1613)

The Mansueto Library, University of Chicago 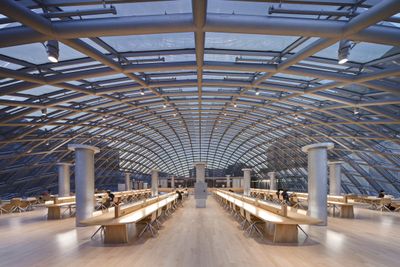 The newest library of the University of Chicago, this building is the most modern on our list, having first opened in 2001. The Mandueto Library has a capacity size of an incredible 3.5 million volumes and a state-of-the-art book retrieval service, with most customers only expecting to wait around 3 minutes. Despite its impressive collection and book retrieval system, this library is best known for its unique architectural design. Devised by Helmut Jahn, the library is constructed in the shape of an elliptical dome – the shape allowing for plenty of natural light in its Grand Reading Room, creating a pleasant atmosphere for student study. As a result of its original design features, the library has won a number of architectural accolades, including recognition from the Chapter of the American Institute of Architects, the Chicago Architecture Foundation’s Patron of the Year Award and the GE Edison Award of Merit. 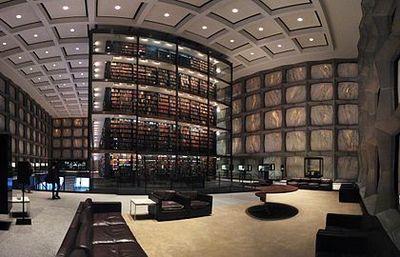 The Beinecke Library is one of the largest in the world devoted entirely to rare books and manuscripts. Used by scholars around the globe, this library hosts around 10,000 research visits annually. The building was designed by Gordon Bunshaft of architecture firm Skidmore, Owings & Merrill back in 1963, however the library also underwent recent renovations in 2015 to update its technical services department and increase teaching capacity. The design features a six-story glass-enclosed tower of book stacks, holding approximately 180,000 volumes, inside a cube with large translucent Vermont marble panels, supported by a granite frame, lining the walls. The marble blocks running across the building are in the ratio of 3:1:2 – the golden ratio. Not only does this provide a more aesthetically pleasing exterior design, but also pays tribute to the library’s collections, many of which having pages that are laid out in this proportion.

A cool book found there: the Gutenberg Bible (1450s) 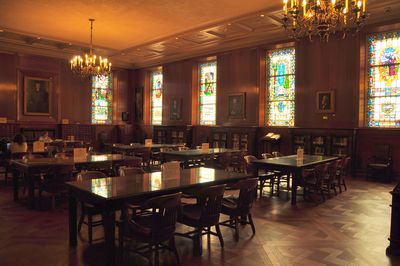 Built in 1924, the Armstrong Borwning Library Baylor University has a distinct Italian Renaissance style – a design appropriate considering it houses the largest collection of English poets and stained glass on the planet. Dedicated to the lives and works of Victorian poets Robert and Elizabeth Browning, this library is not only a pleasant study spot for students, but also a popular destination for tourists, school groups, or fans of Victorian poetry and literature. Originally, the library was started with a collection of Browning works donated to Baylor in 1918 by Dr. A.J. Armstrong, however its catalogue has grown significantly in the time since, necessitating 3 major renovations – one in 1951, one in 1995 and the latest in 2012.

A cool book found there: Thomas Moore’s Letters and Journals of Lord Byron: With Notices of His Life (1830) 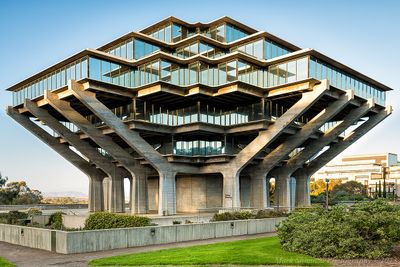 Opened in 1970 – relatively recently in comparison to others on this list – Geise Library, University of California at San Diegol is renowned for being a prime example of brutalist architecture. Designed by William Pereira, this library features a combination of arches and floor design, which aims to create the illusion of hands holding up a stack of books. It rises 8 stories high and contains 2 subterranean levels – housing 7 million volumes in total. However, it is not just the architecture that sets this library apart from the others – it also houses the Dr. Seuss Collection in honour of the library’s namesake Theodor Geisel, also known as Dr. Seuss. 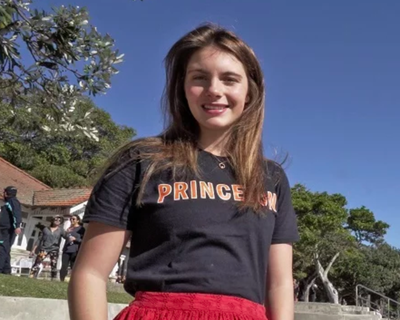 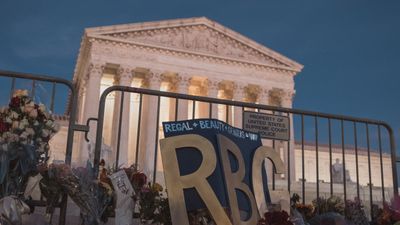 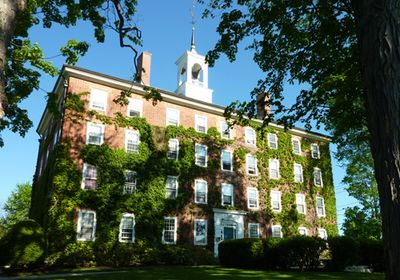 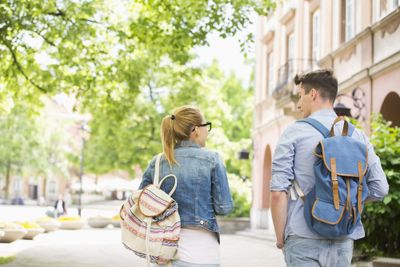 How To Adapt to University If You’re a Shy Student