Born in Pakistan, activist Malala Yousafzai is a globally known and respected activist leading the fight for gender equality in the world of education.

As a young girl, Malala’s family earned the opportunity to run a chain of schools in the Khyber Pakhtunkhwa region of Pakistan. Growing up, she saw the incredible work her father did to make education more accessible to children in her region; Malala became inspired to continue his mission and transform it into her own. Throughout her adolescence, Malala used her voice to raise awareness of the unequal opportunities girls have in education not only in Pakistan but throughout the world. At a young age, Malala wrote for BBC and was featured in a New York Times documentary about her life and work in Pakistan under occupation.

In early October 2012, as Malala and her friends were on a bus on their way home from school, she and two other girls were shot in an assassination attempt in retaliation for her activism by a member of the Taliban. The act of violence on Malala and the two other girls sparked outrage and initiated activism across the world.

Once Malala made a full recovery, she became a prominent voice in the fight for the right to education. In 2013, she wrote I Am Malala which quickly earned its title as an international bestseller. She also co-founded the Malala Fund alongside fellow activist, Shiza Shahid. In recognition for her peaceful activism, Malala received Pakistan’s first National Youth Peace Prize and was also the co-recipient of the Nobel Peace Prize in 2014. At the time of her honor, Malala Yousafzai was the youngest Nobel Prize laureate.

Just this last week after nearly a decade of hardship, education, and incredible achievements, Malala Yousafzai graduated from Oxford University in England with a well-deserved degree in Philosophy, Politics, and Economics. Congratulations, Malala!

To learn more about Malala Yousafzai and her current efforts, visit the Malala Fund.

Education is education. We should learn everything and then choose which path to follow. Education is neither Eastern nor Western, it is human. 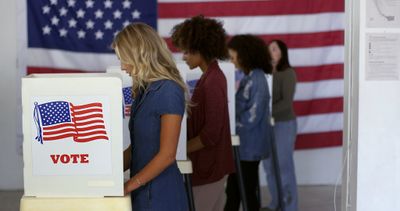