Starting next September, students will no longer need to retake the entire ACT exam to improve their overall score.

With this change, students will be able to retake single sections of the five-part tests, allowing them to avoid recording weaker scores on sections they may have excelled in previously. This will affect the 1.9 million students who take the ACT every year and may be a deciding factor for those tossing up between the SAT or ACT option.

Ready Allie’s story on her journey to Duke University!

With changes happening throughout the higher education scope, including changes to the University of California application as well as general education requirements shifting at Harvard, this adjustment is instrumental in the overall value of standardized testing and what it means for the admissions process overall.

The ability to customize test results in this way could make test prep even more important, as students can work with tutors to craft a strategy for specific ACT sections they may be struggling with. Experts worry this could end up downgrading the importance of standardized testing, while others think “superscoring” is a much better way to assess how a particular student will perform in their university courses.

It has not yet been determined if applicants with a superscore over multiple exams will be evaluated differently from those with a composite score from just one exam.

Want to get great ACT results? At Crimson, our online tutoring engages the world’s best teachers and tutors in specific curricula to help students reach their high school and university admissions goals

Along with this groundbreaking announcement, ACT officials also explained students will now be given the option to take the ACT online, rather than with paper and pencil, on days when it is administered nationwide. The ACT is only available online at international test centers and in school districts that administer the test during the school day.

Moving from the traditional written exam to online testing, catapulting results availability to just two business days, instead of the usual two to eight weeks it takes to get results.

Several experts said the ACT announcement would put pressure on the College Board to make similar changes to the SAT, which has two sections — math and evidence-based reading and writing.

Need help preparing for the ACT or SAT? Check out the courses we offer for high school students to help increase their overall score and secure admission to some of the most competitive universities in the US.

Need help with your ACTs? 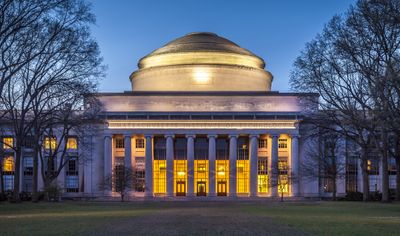