Alex was accepted to Middlebury College to study Physics. Here’s his first-hand account of how he chose where to apply, what he learned in the process, and what ultimately led him to Middlebury.

Finding the best school for myself was one of the hardest but most important parts of the exciting and draining journey that was my college application process. Here’s a bit about my journey, and advice to help for your future (or current) school selection process.

I was like most ambitious students, with my sights tunnel visioned into the US News rankings and how many of my friends recognized a school’s name. My initial list of universities to apply to was pretty much a T-20 shotgun, where I was applying everywhere to see where I would get in. It was a common strategy, but one that in hindsight would’ve led me to a school that is objectively not best for me. I have a wide range of interests. I want to be a physics major, with a minor in philosophy and Spanish. I want to do a pre-med path, but instead of pre-med go into Medical Physics in graduate school (which has similar prerequisites). I love history, poetry, math, and computer science, and want to study abroad in Spain to further my fluency in Spanish. In short, I love physics and the liberal arts — two areas that are not often paired together.

With the famously advertised “Liberal Arts Education” that many top schools offer, my thoughts were originally on the Ivies. At the suggestion of my Crimson mentor Brice, I also looked into the likes of Williams, Swarthmore, Pomona, and Middlebury. This was a paramount discovery in my college search process, as my eyes were opened to the amazing world of Liberal Arts Colleges.

Academics aren’t everything when it comes to your college search. I was going to spend the next four of my life at a university surrounded by people who would influence, shape, and spend their four years alongside me. While everyone has unique preferences, I wanted a smaller school with more personal professor interaction, located in the Northeast with snow and an actual winter. I’m from Texas, so I wanted a literal and metaphorical change of climate.

If you’re the type who knows anything about the aforementioned LACs, you know exactly where I’m going with this. I was on the path to one of those Liberal Arts Colleges, with their small student bodies, few if any graduate students, low student-faculty ratio, huge endowments, and a tight knit community. After establishing my social and environmental priorities, I was able to cross a lot of schools off my list. My UCs, any non-Liberal Arts focused schools, and any schools not in the Northeast. I kept 6 of the Ivies, and even added some LACs!

Now it was time to assess the academics. I don’t think the Ivy League needs much introduction when it comes to their academic merit; however I will explain how impressive the academic output of many of LACs is. With the majority of the endowment-per-student list taken up by LACs, combined with the absence of graduate students, means that a research-minded student like myself has access to a wide range of resources throughout their college career.

I ended up applying Early Decision to Middlebury College. Middlebury checked every box I had laid out: it was in the Northeast, had a small student body with close professor interaction, and the academic opportunities to give me the liberal arts education and physics research I want. Of course, I also can’t discount how prestigious Middlebury is, with one of the best foreign language programs including language-specific social houses and 30+ study abroad programs!

After two and a half years of invaluable help from my Crimson team, I can proudly say I’m part of Middlebury’s Class of 2025!

A Word of Advice

My biggest piece of advice for not only school selection, but the college admission process as a whole, would be to work with Crimson. I have been with Crimson for 2+ years, and can confidently say I wouldn't have been even close to the competitive applicant I am today.

For students going through this process on your own, I would advise you to seriously consider variables beyond the college rankings that consumed my perspective for too long. You’re going to spend four years at university and the resources, people, professors, and social life that will set you up for success don’t always fit into a rankings list. Identify your individual preferences, and attack the process from that angle. 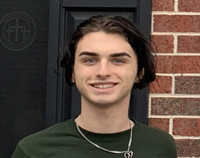 Crimson Education is the world's leading university admissions support company helping students find their best fit schools and craft strong applications to increase their odds of acceptance by up to 400%! 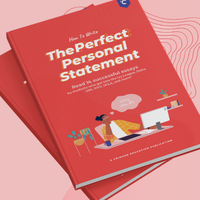 Our Mission
What is Crimson
Our Leaders, Advisors & Investors
Our Strategists
Student Results
Our Locations
Crimson In the News
Meet our teams
Partnerships
Crimson Youth Fund
Crimson Loyalty Program