Having been a part of a few clubs in high school, and then being in some half a dozen groups at Harvard (debate, International Review, Institute of Politics, Harvard Computer Society etc.), I can say there are quite a few surprises I had about going to University and attending student societies, clubs and enriching my campus lifestyle.

I will write from personal experience and because I went to Harvard for my undergrad degree, my thoughts will be coloured crimson.

And because I have scanty knowledge about clubs in schools outside the United States, my thoughts will definitely be tinted crimson, white, and blue too.

This is important to know because one difference between Harvard and most schools in the United States is that to the dismay of some faculty and deans, Harvard students often spend more time on clubs and extracurriculars than they do on their formal education!

No, I’m being deadly serious!

A common case as a Harvard student will be to join tens of clubs as first-years, and as they get busier and more focused, most will narrow down to 2-3 by their junior and senior years.

Here’s a tiny sample of the thousands of student organizations at the school:

And here’s a few thoughts that I have:

The social parts of the group are often way more important than the express purpose of the student organization.

My roommate was part of Harvard’s Club Running team. And while they practiced every day and went to districts, regionals, and nationals the part of the club that most of the members enjoyed were the social aspects and the role they play on Harvard's campus lifetsyle.

The 6 hour road-trips to their different meets, the afternoon teas that they hosted for prospective members, and their runs to an all you can eat sushi buffet once a semester.

At the end of his time at Harvard, some of his closest friends come from the student organization.

Because students are often leaving their families and hometowns and going off into a foreign land with different weather and different foods, they’re looking for close groups of friends with similar interests.

Not only are the social elements more important, it also motivates club members to come out in sub-zero Boston winters or at midnight after turning in your last pset to go on a run.

The student newspaper (the Crimson) produces good articles not only because its members have a passion for journalism, but also because their best friends are reporting on similar things.

The Chinese Student’s Association is able to celebrate Chinese culture and support Chinese students because they host fun events that create bonds.

Student societies can be really scrappy.

Especially at Harvard where the Hahvahd is appended to the front of club names:

You assume they have ample if not abundant resources for their club’s activities.

How can you possibly join the Harvard Debate Team when the best debaters were literally national champions in high school? The volunteer groups are probably filled with kids who started nonprofits in high school!

The reality is both that not only does every student pick up new hobbies and activities in college, the clubs themselves can also be much scrappier than high school clubs.

The high school teachers who put a lot of heart into being the faculty of high school clubs or the parents of passionate high schoolers can often provide better organization, support, and even resources than full-time college students at an extra-curricular.

For instance, the Harvard Table Tennis Club is indeed filled with lots of kids who competed at a national level in high school, but they’re both there to have fun and focused on school work. The school provides about $600 of funding a year only, and as a result a lot of times the most dedicated members and (eventually) the best-playing members are ones that just started in college. But skill level aside, everyone has a great time playing the game.

Because students usually cycle out of college every 4 years, the amount of overlap you have with people who were every part of your club is a mere fraction of the club’s existent.

This becomes an interesting dilemma, but also an exciting possibility for most groups.

one non-profit I was a student leader of had existed since 1973. At the beginning of my year as a leader, my co-lead and I brainstormed both a set of problems we envisioned the organization to face and a set of ideas we had to avoid them.

At some point in the middle of the year, we happened to find a file from the 1982 “leadership council” of the same organization and lo and behold - they had an almost identical set of problems!

We realized then that even the oldest, wisest sages we personally knew (the class of 2013 seniors), had really only been at the school since 2009.

I spent about a month calling previous leaders back as far as I could and learning a little about the club, which gave me a much better vision for what I could accomplish with the organization.

It also empowered us with the idea that we really could push the organizations in ways that have not been done before, as there’s not some burdensome memory or rigid tradition that we had to follow - everyone else was new to the school too!

As a result we created new training programs and new tracking programs which led us to further our vision.

So upon arriving at University, I found those to be some of the surprising elements of student organizations at Harvard.

In any case, student groups served as one of the best ways for me to make friends, experience the full extent of the student body’s diversity and Harvard’s resources, and distract me from my sometimes dreary schoolwork.

For those who are reading this, you’ve likely just submitted your application to colleges or are looking to apply in the next few years.

If that’s the case - good luck.

And wherever you end up going, definitely try to get involved with some clubs! 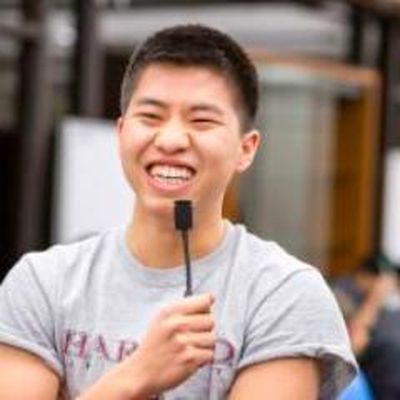 Willy recently graduated Harvard University with a Joint A.B/A.M in Computer Science and Statistics. Having been involved in a wealth of on-campus activities, he shares insight into what makes the campus so great aside from the Academics. Currently, he is working at Facebook in New York City as a Software Engineer.