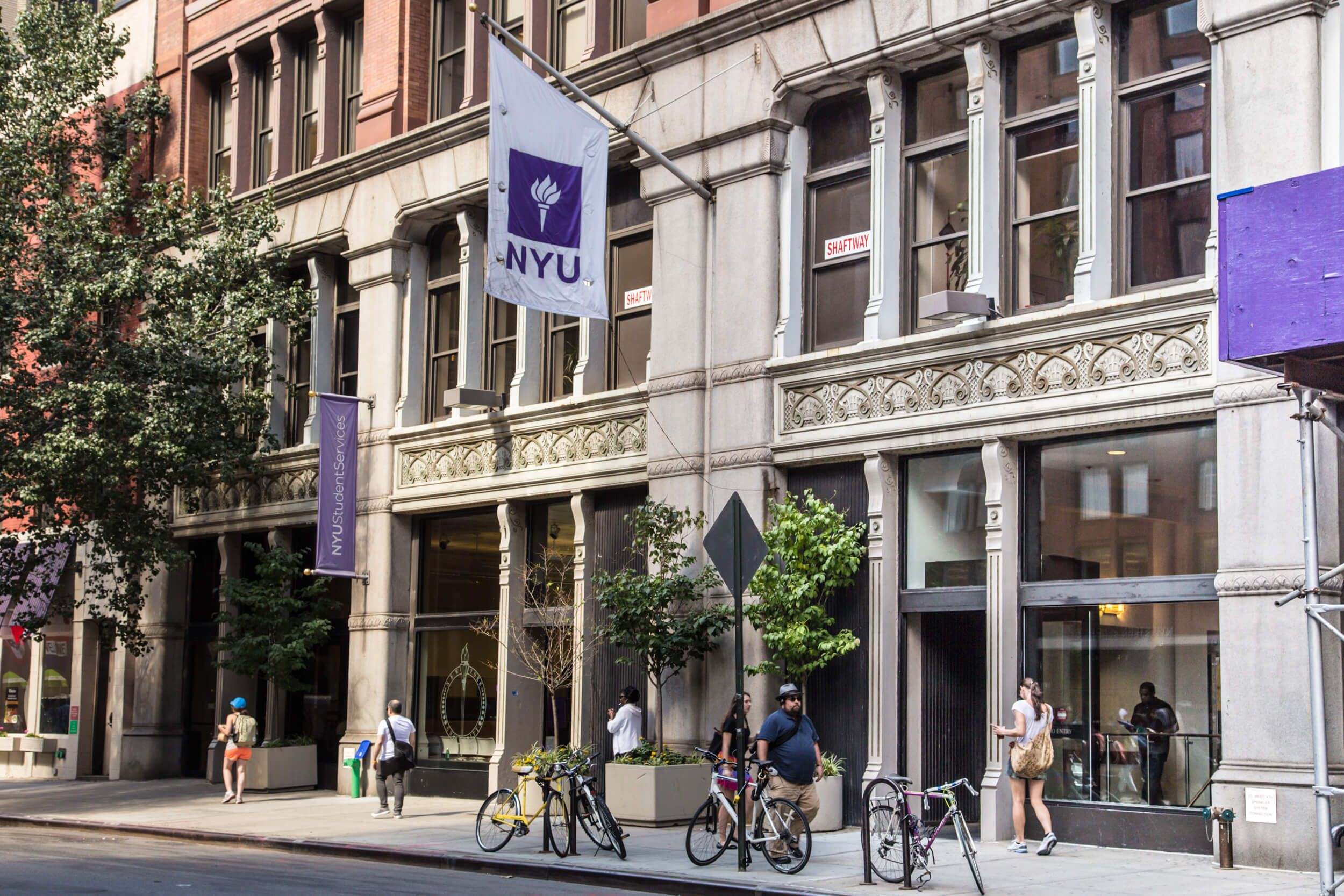 NYU’s class of 2023 represents both the most diverse and most selective in history. After receiving nearly 85,000 applications for its campuses in New York, Abu Dhabi, and Shanghai, NYU has accepted only 12,307 prospective students to its Class of 2023 at its New York Campus.

NYU’s US campus has seen a significant increase in the number of international applications, exceeding 17,000 applications. Those who received acceptance are from 88 countries and all 50 states - making Class of 2023 the most diverse yet.

Only 16% of applicants were offered admission, down from 35% in 2013, with the highest media SAT score to date being 1480. The enrolled freshman class is expected to be around 6,500 for fall 2019 across all NYU campuses - roughly equal in size to last year’s.

To assess your chances when applying to NYU or any other US College use our College Admissions Calculator.

“Our NYU community should be proud of the incredibly talented students we are able to attract because of the opportunities we offer as a dynamic, academic and diverse community of scholars,” MJ Knoll-Finn, head of enrollment management at NYU, said in a statement to WSN. “We’re thrilled by the outcome of this year’s admissions process, and we look forward to welcoming the Class of 2023 in the fall.”

At New York University, where admission rates dropped 5% from 21% to 16%, the Crimson student acceptance rate was double the global population average. Crimson calculated their acceptance rate for NYU students this year to be 34%, meaning students were 2 times more likely to gain admission with Crimson than without. 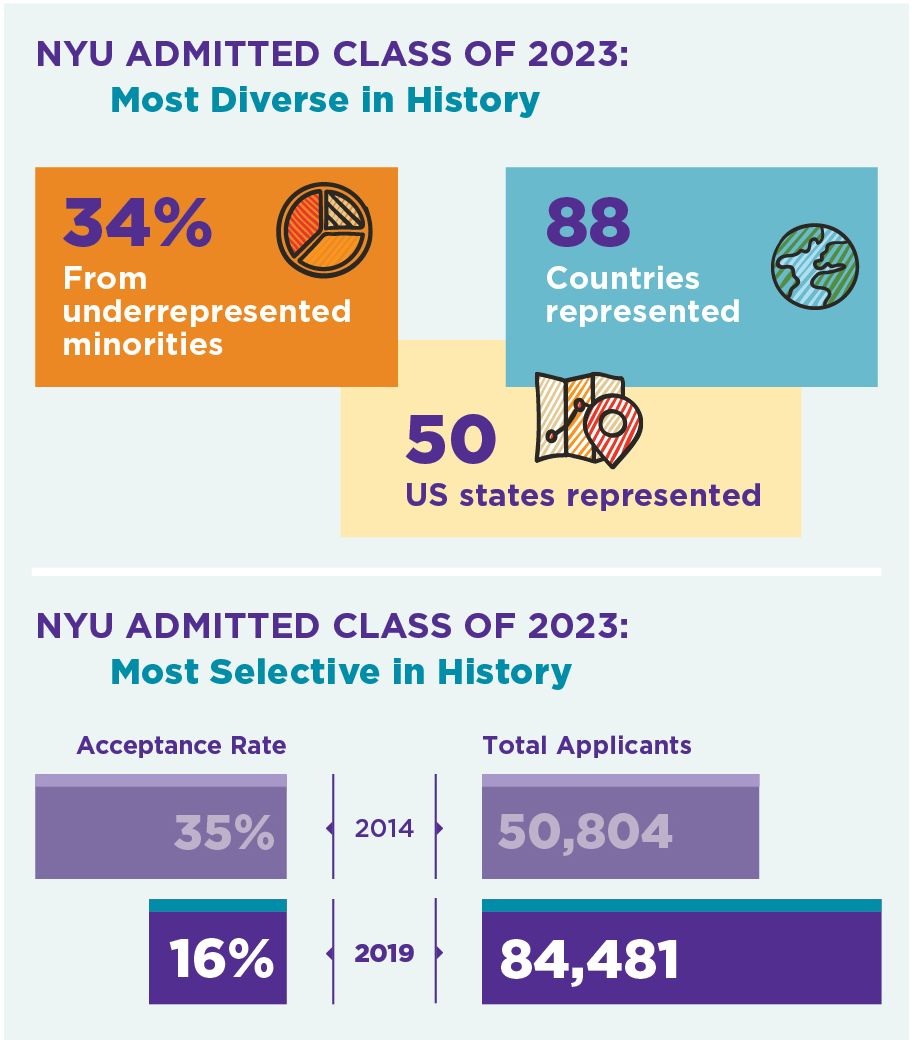 Get help with your admission to NYU

At Crimson, we understand what admissions officers at NYU are looking for, and have supported students from around the world to gain acceptance. 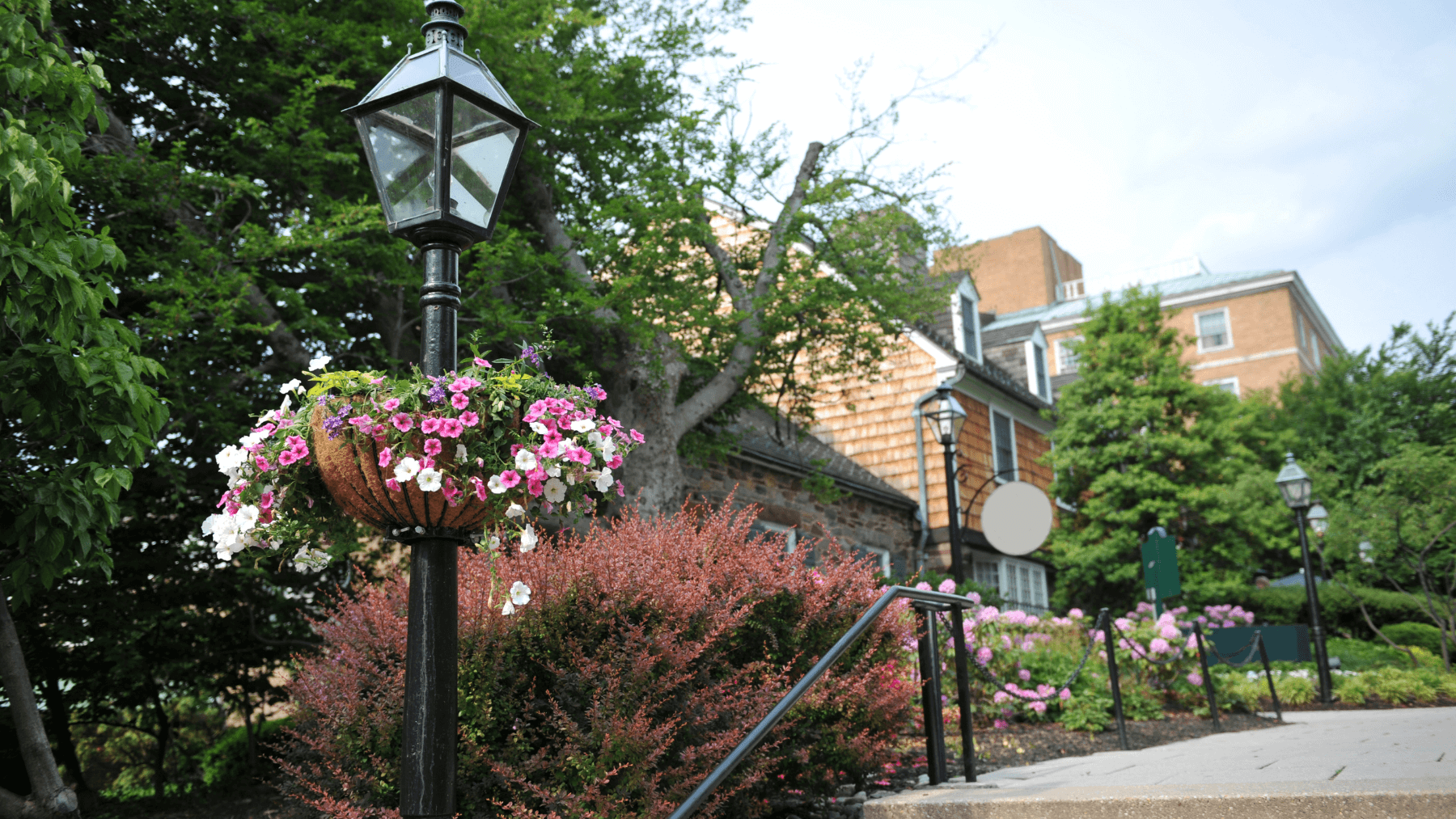