Here's What The Worlds Best Performing Arts Schools Have to Offer

“The world is a complicated place, and there's a lot of division between people. The performing arts tend to unify people in a way nothing else does.”

One might think it odd that David Rubenstein, one of the world’s leading financiers and richest men (with an estimated wealth of $3BillionUSD) might also be one of the world’s greatest advocates for the performing arts, but as Rubenstein explains, it is the arts that unites us as people.

If you are interested in performing arts study, admittedly it is difficult to know where to start. Are you a dancer, a musician, an actor or interested in all three? Do you want a conservatory program or a conservatory-style program where you are also encouraged to explore other liberal arts courses?

The good news is, the options are endless, but that in itself can add confusion to the already difficult question of: ‘which performing arts programs should I apply to?’

A good place to start is researching universities that are listed at the top of performing arts rankings (according to QS World University rankings) - schools that have earned the reputation for being the best of the best thanks to their high calibre faculty, first class performing arts facilities and famous alumni.

Want to know more? Here are five of the best performing arts schools/programs the world has to offer. Throughout its history, The Juilliard School has maintained a commitment to providing the highest caliber of artistic and educational experiences to exceptionally talented young performing artists from around the world. Founded in 1905 as the Institute of Musical Art by Dr. Frank Damrosch, the school was created so that American students might experience an educational journey comparable to that of the established European conservatories. Today dancers, actors, playwrights, classical and jazz musicians receive a first class education at Julliard where ‘students hone their craft and deepen their artistry’. The School has its own application portal with all the information artistic stars of the future need to take their first step towards performing arts success. 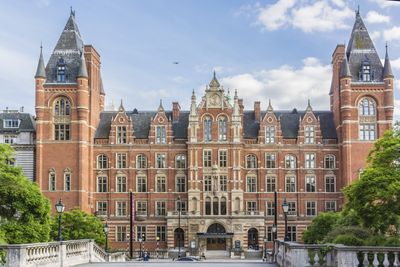 The Royal College of Music (RCM) is one of the world’s great conservatoires, training gifted musicians from all over the world for international careers as performers, conductors and composers. Founded in 1882 by the then Prince of Wales (later Edward VII), the RCM has trained some of the most important figures in British and international music life. With 750 students from more than 60 countries studying at undergraduate, masters or doctoral levels, the RCM of the 21st century is a vibrant community of talented and open-minded musicians. RCM professors are musicians with worldwide reputations, accustomed to working with the most talented students of each generation to unlock their artistic potential. The RCM website contains all you need to know when it comes to audition guidelines and application deadlines. Founded in 1822, the Royal Academy of Music is Britain's oldest degree-granting music school. The academy - which is one of the most generous in scholarship opportunities for gifted students - currently trains nearly 700 students from over 50 countries in over 20 musical disciplines. Describing themselves as: ‘inspired by the past but committed to shaping contemporary musical life with discernment and open-mindedness,’ the Academy is also home to some of the best performing arts facilities in the world including over: 100 teaching and practice studios, rehearsal and lecture rooms, several large concert rooms, the 300+ Susie Sainsbury Theatre, the 100+ seat Angela Burgess Recital Hall and the flagship 350 seat Duke’s Hall concert venue. With enrolments opening in mid-July, the Academy offers copious information as to application requirements on their website. 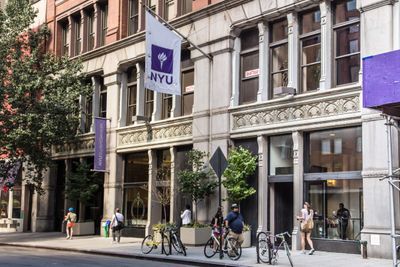 NYU’s School of the Arts was founded in 1965 to provide rigorous conservatory training in theater and film in the context of a great research university. The school quickly established itself as one of the leading arts schools in the country, creating additional departments of dance, theater design and lighting, and cinema studies within a few short years. Today, NYU’s Institute of Performing Arts offers intense professional training to individuals in the departments of Art & Public Policy, Collaborative Arts, Graduate Acting, Dance, Drama, Design for Stage & Film, Graduate Musical Theatre Writing, and Theatrical Production. Additionally, in association with the Graduate School of Arts & Science, the Tisch School’s Department of Performance Studies offers an innovative approach to the study of the history, theory, and practice of human performance. You can apply to the Tisch School of the Arts through the Common App but reading the schools admissions guidelines is a great way to see exactly what this competitive institute is looking for. 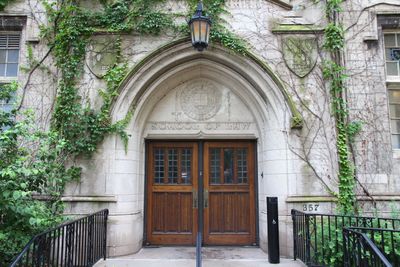 The School of Communication, Department of Theatre at Northwestern University is known for its program versatility, with acting students encouraged to diversify their curriculum and take a broad range of classes (sometimes across departments and schools). As a result, students develop highly nuanced performance abilities alongside a deep knowledge of literature, history, analysis, and theory. This highly regarded theatre program is based on the belief that the best theatre artists—designers, actors, playwrights, dancers and directors - combine highly developed performance capabilities with a broad knowledge of the theatre literature and theory. At Northwestern, you'll have the opportunity to study and practice acting, voice, movement, dance, directing, design, stage production, playwriting and dramaturgy, along with theatre history, literature and criticism.