Oxford vs. Harvard: Battle of the Best Universities for World Leaders

Fact: most world leaders studied in the US and the UK.

Together, these countries have educated one third of the world’s serving leaders.

In fact, the UK just comes out on top, having educated 58 current heads of state and government, compared to the US’ 57.

But when measured as a proportion of total students in each country, the true discrepancy becomes apparent. The UK produces one leader per 50,000 graduates to the US’ one for every 500,000 graduates.

In other words, the UK is 10 times more likely to produce a world leader than the US.

Fact: most world leaders studied at Harvard in the US and Oxford in the UK.

Each university far surpasses its nearest domestic rival (Cambridge in Oxford’s case, Yale in Harvard’s) in educating its nation’s political elite. But not only have these two institutions produced a majority of their respective countries’ own leaders, between them they are the alma mater of over 70 past and present foreign heads of state and government from more than 40 countries.

So, what is it about Harvard and Oxford that makes them so good at landing people in the top global jobs?

Let’s find out, shall we? 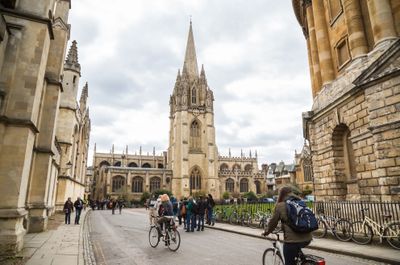 The university counts 27 British Prime Ministers and over 30 international heads of state among its alumni… not to mention 50 Nobel Prize winners and 120 Olympic medallists!

It seems old Oxford is pretty good at catapulting its students to the top of their fields.

Oxford has produced more overseas leaders than any other UK uni, including:

And then, of course, there are the five monarchs Oxford had the honour of teaching: the kings of Belgium, Bhutan, Jordan, Norway, and Malaysia!

You might say Oxford provides an education fit for a king.

Last year, Theresa May became the 27th British Prime Minister who has received an education from Oxford, the second female Oxonian – and PM – after the Iron Lady herself, Margaret Thatcher.

Oxford’s arch nemesis, Cambridge, has educated just 14 PMs in comparison (though, to be fair, it has produced almost double the amount of Nobel Prize laureates).

Crimson Students are 2-4x more likely to gain admission to Oxford. To find out your chances of gaining admission try our UK University Admissions Calculator.

However, it’s not just Oxford the institution that’s known for producing an impressive amount of world leaders, but one of its courses.

Introducing the Philosophy, Politics and Economics program, or PPE: the degree that has single-handedly produced more high profile politicians than any other!

Basically, graduate with a PPE degree from Oxford and there’s a pretty good chance you’ll go on to lead a country one day.

27 British PMs, opposition leaders, and many of their respective cabinets. Most recently: Theresa May, David Cameron, and Tony Blair, and former Labour Party Leader Ed Miliband.

One US President: Bill Clinton… well technically he didn’t graduate, but it still counts!

...and many other foreign leaders, including:

And perhaps there’s no better indication of the course’s power and relevance than the fact that the next generation of world leaders is signing up. Earlier this year, the youngest ever Nobel Prize laureate Malala Yousafzai won a place at Oxford to study PPE, inspired by one of her heroes, the abovementioned Pakistani president, Benazir Bhutto.

The Oxford PPE degree has become a global status symbol of academic achievement and worldly potential.

But while it’s the course of choice for aspiring politicians, frontline politics is just one of the careers PPE prepares you for.

That’s part of its appeal! It encourages “intellectual flexibility”, which is very uncharacteristic of a UK – and particularly an Oxbridge – institution, who are known for their single subject focus curriculums.

In what is reminiscent of the US liberal arts system, you can essentially design your own study path in the PPE by exploring a wide variety of disciplines under the overarching branches of philosophy, politics, and economics.

You might decide to specialise in sociology or international relations by choosing the relevant politics options.

Or if you’re not so keen on the politics side of things, you can drop that branch altogether after the first year, and continue with just philosophy and economics.

The PPE offers the perfect balance of breadth and depth. You get to benefit from Oxford’s famous tutorial system, while still having the freedom to explore your interests.

Check out the below video to see a day in the life of an Oxford PPE student:

A Day in the Life of an Oxford Student

The PPE has even got the attention of the finance world, with some of the big investment banks now direct recruiting from the pool of fresh grads each year. If you want to be a trader in a top finance firm, perhaps this is the degree for you?

For a long time there was no other course like it, but in the last two decades other British universities have set up their own PPE courses, including University College London, London School of Economics, Durham University, University of Exeter, Warwick University, and University of Lancaster.

None of them quite have the same prestige as Oxford’s version, but you can’t blame them for trying!

Alright, then, how does Harvard stack up?

So was it the Harvard name that got him the top job?

By the looks of those who came before him, it certainly helped! Harvard has educated more US presidents than any other American institution. Its closest competitor, Yale, is three behind with five.

Like Oxford, Harvard has produced its fair share of overseas leaders, but while most of Oxford’s grads represent countries that are members of the Commonwealth, Harvard’s former students are more geographically diverse, with about a third coming from Latin America.

There is royalty among the ranks, too. Crown Princess of Japan, Masako Owada, earned her bachelor’s degree in economics from Harvard.

Unlike Oxford, however, Harvard’s track record of producing leaders is less to do with a specific course, and more to do with specific schools.

Harvard grads-turned-world leaders received a different type of education than most of those who attended Oxford: a postgraduate education.

In fact, 80% of the Harvard-educated world leaders earned a master’s degree or higher, while less than half of the Oxonians pursued that level of study.

This is due to the emphasis on postgraduate study in the US as a means to specialise.

In the UK, degrees tend to focus on one subject area from the beginning of the program and thus are more professionally oriented than the US education system, which tends to begin with a broad base of instruction, i.e. liberal arts.

So where in the UK you can become a qualified lawyer with a three-year undergraduate degree, in the US you must first complete a four-year bachelor’s degree (in whatever you want!) and then go to law school to earn your legal qualification.

Crimson Students are 4x more likely to gain admission to Harvard. To find out your chances of gaining admission try our US College Admissions Calculator.

Harvard Law School consistently ranks as one of the best in the US, so it’s no surprise that its alumni include some of the most influential people in the country, including global business magnates, Supreme Court justices, attorney generals, political party leaders, and of course, US presidents.

One First Lady of the US: Michelle Obama

Other notable mentions are the former President of the World Bank, Robert Zoellick, and another former UN High Commissioner for Human Rights, Navanethem Pillay.

Aptly named after American political royalty, the Harvard Kennedy School of Government (HKS) must also be mentioned for its role in the education of a long list of foreign leaders.

Most overseas political leaders earned their advanced Harvard qualifications from the Kennedy School.

And last but not least, South Korean diplomat and long time UN Secretary-General, Ban Ki-Moon, who earned a Master of Public Administration from HKS.

Where should you study?

Yep, why choose, when you can do both!

For an undergraduate degree, you can’t go past Oxford’s PPE – if, that is, you’re pretty sure about what you want to study.

The UK style of education is particularly suitable for students who want to immerse themselves in a specific subject or combination of subjects straight out of high school.

Then, if you decide to head down the postgraduate route, you have your choice of master’s programs from one of Harvard’s prestigious graduate schools: Law or Kennedy.

There’s no reason you can’t reverse the formula, though. Going straight from school into a liberal arts degree at a US college allows you to experiment with different subjects without the pressure of committing to a career.

Don’t worry, Oxford will still be there when you finish! And its postgraduate programs are just as prestigious.

Some world leaders have taken this route. Former Colombian President, Alvaro Uribe, received a Certificate of Special Studies from Harvard and then went onto pursue postgrad study at Oxford. And Benazir Bhutto, who served as Prime Minister of Pakistan twice, earned a BA from Harvard and then attended Oxford to study PPE and her master’s in international law and diplomacy.

Applying to universities can be daunting, but Crimson Education is the world’s leading university admissions support company specialising in helping students gain entry to some of the world’s most competitive universities including Oxford, Cambridge and the Ivy League. Find out more about our Admissions Support program.

You see, I wasn’t lying. Oxford and Harvard are killin’ it in the leadership stakes.

Study at either one (or both!) of these unis, and you’ll be well and truly set up on the path to global greatness.

Go on, then, get those applications in order. History isn’t going to write itself.

Want help gaining admission to one of these top Universities? 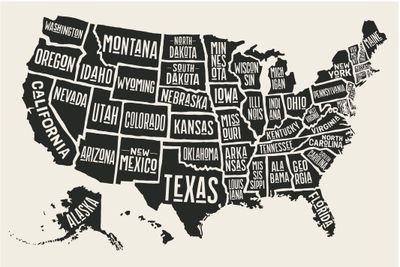