Have you ever wondered how big Harvard and the other Ivy league Schools’ endowment funds actually are? Check out the mind-blowing stats below!

The group of schools in the Northeast of the United States known as the Ivy League are some of the oldest, highest ranking and most competitive schools in the world. They are known for their beautiful campuses, top academic programs, world-leading research, sporting rivalries and famous alumni.

Many of you would also know that the Ivy Leagues are famous for their big endowment funds, which are the pools of investments universities store up to continually fund projects or get through tough economic times. Most charitable donations to a school go directly to the endowment fund, and government rules dictate that the funds must only be used for not-for-profit purposes.

The biggest university endowment in the world is that the Cambridge-based Ivy League school, Harvard, with an endowment of $41.9 billion USD.

Yes, you read that correctly, $41.9 billion USD! To put that in perspective, that’s bigger than the GDP of about 90 countries! With this wealth, Harvard could potentially buy:

Some of the other Ivy League endowments, such as Yale and Princeton are not too far behind.

Did you know - Crimson Students are 4x more likely to gain admission to Harvard University and other Ivy League schools? If you would like to understand how likely you are to get into an Ivy League college based on your current scores, use our US College Admissions Calculator!

As you can see, Brown University has the smallest endowment of the Ivy Leagues, but achieved the biggest return over the past year. Brown also returned the highest in 2019, and is considered to be on a roll with its investing strategies. The return is also rather impressive when considered alongside the market turmoil that occurred as a result of COVID-19. As a result of their continued fantastic performance, Brown said it plans to withdraw $20 million from the fund to support operations during COVID-19.

Did you know - Crimson Students are 3x more likely to gain admission to Stanford University and MIT? If you would like to understand how likely you are to get into an Ivy League college based on your current scores, use our US College Admissions Calculator!

Why you should NOT judge a school by its endowment

It should be first emphasised that the endowment funds do not very accurately describe a university’s level of spending or wealth, as the funds themselves are seldom used. Each university uses their endowment differently, however most will withdraw far less than they make in returns each year. The intention is to primarily use them during tough economic times, such as during COVID-19.

Further, even if you were to equate the endowment fund to universities’ level of wealth, it is a common trap for students to equate a universities’ wealth to their quality of education and enjoyability of the overall university experience. This is completely false. In the world of universities, money is certainly not everything. What makes a university special is not its wealth, but the energy of its people, including the students, faculty, staff and alumni. For many students, the Ivy League universities are ideal destinations, however for other students there are many other universities that might be a ‘better fit’.

The strategists at Crimson Education are dedicated to narrowing a university list for your child – based around a multitude of factors including academics, extracurriculars and most importantly who your child is as a person. Crimson’s high student acceptance rate is largely due to this individual focus, as beyond their strategist’s skill and knowledge as to what it takes to build a stand out application, they also believe in making sure your child gains acceptance to a university where they will thrive and be happy. Check out our student success page to find Q&As and case studies about our successful Crimson students. 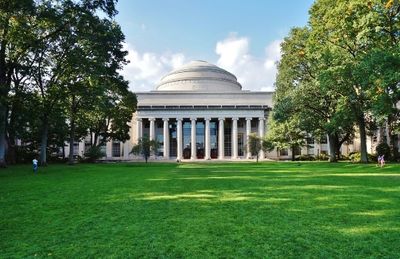 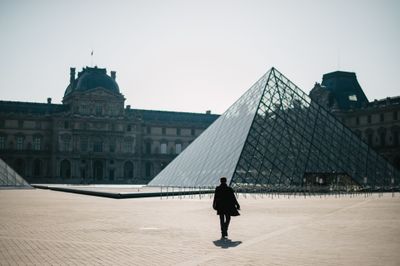