Extracurricular Leadership: Your Key to a Top School 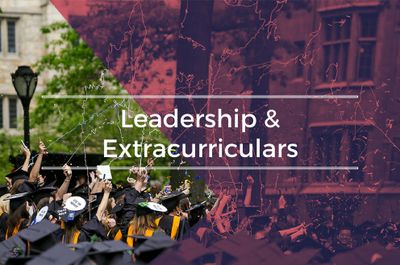 “In periods where there is no leadership, society stands still. Progress occurs when courageous, skilful leaders seize the opportunity to change things for the better.”

Given they are constantly striving to be at the cutting edge of progression, the quote above from former president of the United States, Harry S. Truman, accurately captures the belief of most US colleges - always looking to admit that courageous, skillful leader who can change their campus for the better.

To put it simply:

without extracurricular and leadership involvement on your college application, you’ll struggle to gain admission to any US college - let alone the Ivy Leagues.

Top universities receive tens-of-thousands of applications each year, yet only a small selection of these applicants are admitted.

In this competitive environment, strong academic performance is not always enough to gain admission.

To provide you with a clear perspective:

in the last 5 years, Stanford turned down 69% of applicants with a perfect SAT score.

Because American universities want to see a well-rounded applicant or what some refer to as ‘the whole package’; someone who can bring a positive influence to campus culture and add to their rich history of alumni.

So, what’s the key to gaining admission into the best US universities?

However, leadership involvement and extracurricular activities are the admissions officers’ glimpse into who you are as a person:

It allows them to asses how valuable you will be to the university beyond the classroom, which is a vital part of your acceptance.

So, if you’re applying for college, you need to make your case strong and show them why you’re the best candidate.

You may be wondering “What extracurricular activities display strong leadership?” , which is a very valid question.

Institutional leadership is leadership shown within the structure of an already established organisation, such as a school or club.

This is the majority of leadership positions available to youth today and some examples are head boy/girl, prefects, captains, managerial roles, or president of a book or chess club.

Institutional leadership is a powerful indicator of your ability to work with people as often these leadership position rely on votes to be elected.

For example, think about the leadership position of President of the United States. In the last election, Hillary Clinton and Donald Trump were each campaigning in hope of taking charge of an already established system.

Institutionalised leadership is especially important on your college application, as it shows you have the skills to assimilate into a team.

However, one downfall of intititutional leadership is that without context, it's hard to tell which of these positions were competitive and which weren't.

Imagine applying for President of Club Z when there is no one else applying.

Now imagine applying for President of Club Y when there are 20 other people who want the position.

It's impossible for the college to tell anything about your competency as a candidate from the resulting job title alone.

With institutional positions, provide as much detail and context on your application as you can.

For example, in a hypothetical world where Trump and Hillary are applying for the same college, despite Trump being victorious as presidential nominee (too soon?), Hillary actually won the popular vote (yeah, it’s maybe too soon).

In this situation, Trump would not need to share the details of his win, just let the admissions officers know he won, not the exact vote count.

Had he won by a landslide margin, he might like to boast about it a bit more on his application:

“It was a YUUUUUGGGEEE margin. Believe me, nobody has ever seen a margin the big before. Everybody knows, I have the biggest margins.” he could say, hypothetically

With this being said,

the resources that are opened to a person in a position of power can give you significant leverage in a chosen project.

This can be in man-power (club members), financial resources, or networks (through your team).

So, certainly don't write off these positions of institutionalised leadership, as you can achieve great things in these roles that will look strong on your résumé.

But what if I've never done that?

There may be some of you concerned that you’ve never been the captain of a sporting team, a head school prefect, or held any position that you think would qualify as ‘institutional leadership'.

You guys might be feeling somewhat lost, confused, or scared!

Innovative leadership is starting your own organization, club, event or business.

As the name ‘innovative’ suggests, this type of leadership shows that you have the ability to think creatively, strategically, entrepreneurially and confidently enough to bring your ideas into fruition.

Think of leaders like Elon Musk, Mark Zuckerberg or Steve Jobs, who each founded a revolutionary company by thinking (and leading) outside of the box, in innovative ways.

In terms of adding value to your college application:

Innovate leadership shows that you have the ability to bring new initiatives to the campus.

while this type of leadership is a strong boost for your college application, you should be able to show tangible and clear examples of what you’ve achieved.

Otherwise, your hard work may be discounted.

Some ways to combat this issue is to:

you will have some examples of your innovative leadership and extracurricular achievements to include within your application or to discuss during your alumni interview (if applicable).

Tangible example, such as newspaper clippings, can set you apart from the rest of the application pool and be the difference between admission and rejection!

While there are many pros and cons for each form of leadership:

In order to make your application and college candidacy as strong a possible, you should be participating in both kinds.

In doing so, you illustrate that you’re a well-rounded, well-liked individual who can confidently work within a team and autonomously.

While both forms of leadership are ideal, if you are reading this and have major concerns about a lack of either one, being able to share examples of any form of leadership, in any capacity, will add great value to your college candidacy.

Leadership traits clearly display your interests, passions, work-ethic and drive beyond the classroom - something colleges hold in high regard.

Clearly displaying leadership and extracurricular initiatives on your college application will provide you with every opportunity to gain admission into the US college of your dreams. 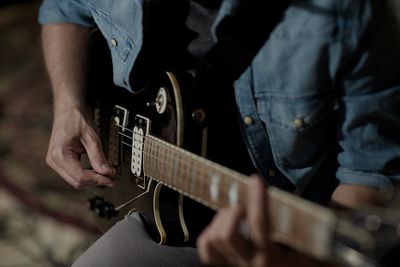 During the coronavirus how can I adapt my extracurriculars online? 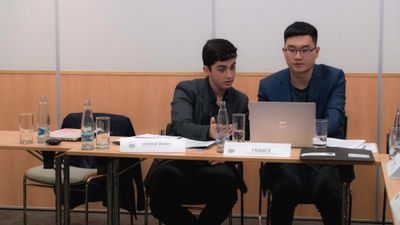 The Importance of Extracurriculars and Leadership and How Crimson Helps 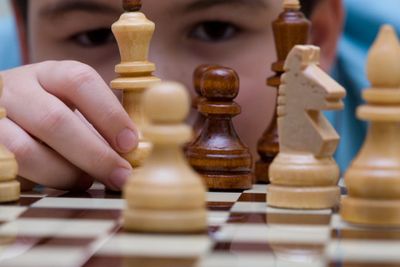 Extracurriculars: A New Approach to Loving Your Activities