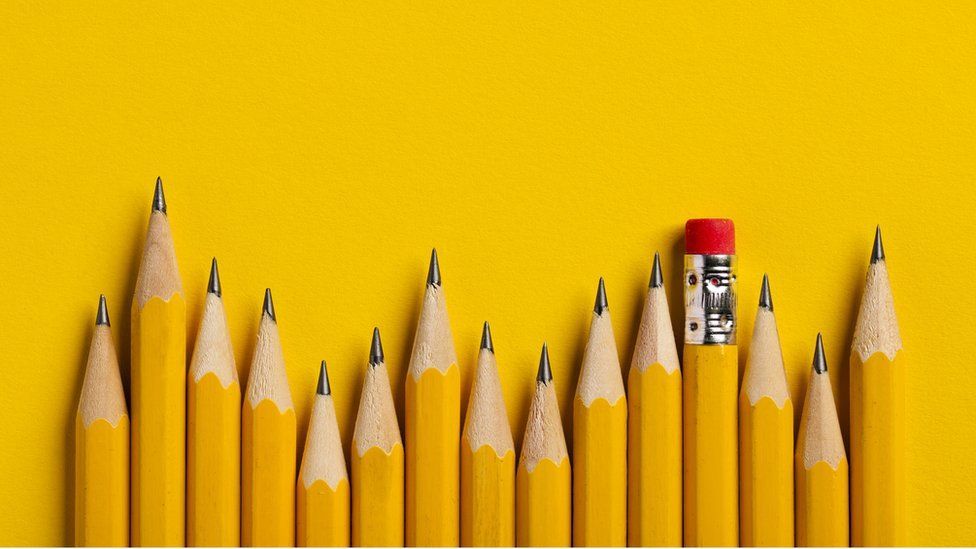 The Eraser | A Short Story

'The Eraser' is a short story written by Crimson Rise student, Cayden. He worked with his Crimson mentor to perfect the story and continues to hone his writing skills with help from his Crimson team as he applies to US boarding schools and universities.

Crimson Rise is the premier college preparatory program for students aged 11-14, supporting younger students in optimizing their academics and extracurriculars to ensure they put their best foot forward when it’s time to apply to university.

I didn’t want to be old. I didn’t want to be grey. I didn’t want to be useless, no longer needed or loved. I wanted to be helpful, the one my owner trusted. But I am useless. I smudge everything I touch. I remember my prime days when I was a newly bandaged eraser. My owner loved me, treasuring me so carefully. Now, he tossed me out like garbage. My only remaining friend was a gumball, a blueberry flavoured ball named Leo.

I will set out on a journey. A journey across the lands of the huge world before me. A journey to find a new owner, to where I would be loved again. My home was on the smooth, wooden table. But that was about to change.

Something shoved me from behind, and I fell.

“YARRGH!!!” I screamed. The air was resisting me, pushing and shoving until I could no longer open my eyes. Then my flat body flipped. I saw Leo, laughing and screaming right above me, and he, too, had jumped. Then I landed.

And bounced. Up I went, then down into a fall again. After I eventually settled, I found Leo waiting for me.

“Why’d you do that?” I wasn’t mad. I probably needed the strength of someone to do it anyway.

“It sounded like a good movie scene,” he replied. Leo was big into the few movies we got to watch on the changing flat screen that the owner possessed. Leo and I were practically the same, having the same thoughts and ideas, which meant I didn’t have to explain the reason I had come to him.

And off we went.

After a lot of pointless marching, we came across a large box on the ground. Visually, it was similar to the home Leo and I lived in. What our owner referred to as, “The Pencil Case.” We were bored. And alone. So we knocked.

However, our knock was met with silence.

I smiled, and creaked open the lid of the pencil case, gently and quietly stepping inside. Leo, not so quiet. Then, we spotted a strange creature. He had a thin, sharp metal mouth with thousands of teeth dotted on the inside. He had a red face and body, and seemed to have an eye where the blades met. Just one. And he was asleep, laying softly on a pencil. The pencil, which seemed a bit blue, mouthed run! I didn’t. Beside me, I heard Leo gasp. He whispered to me something about scissors and deadliness. I didn’t listen. I walked over to say hi to the pencil. As I did though, one of my clumsy feet slid on a piece of pencil lead. All of a sudden, I realized how much danger I truly was in. The pencil wasn’t having a nap with the scissors. It was his prisoner. If I woke up the beast…

I fell onto the red rubber grip of the scissors.

It snorted, and I snapped around, abandoning the pencil. I saw Leo signalling me to follow him at full speed. I quickly caught up. He wasn’t on the athletic side. There was no place to hide. And so we ran. We ran and ran and ran. We were sure the scissors were right behind us, about to snap off our heads when- I looked behind us, seeing nothing and no one.

We continued on our journey in silence like the heroic movie characters we were.

After a bit of heroic nervous walking, we came across a strange thing. It was laying on the ground, the same shape as me but much larger.

Leo called it a book. We knocked on the door, but were very cautious, ready to bound away at the slightest touch as if the scissors were chasing us. Again, silence.

Leo stared at it, puzzled. Then he ripped the roof of the house directly off.

I screamed. But Leo merely shot me a look and shushed me, and signaled to look inside the strange house. It was full. Full of white flat layers with inky black dots all over them. Leo recognized them. I didn’t.

He seemed extremely interested in the weird patterns, but I liked them less. So I sat aside and rested whilst he did his thing. I was planning on simply watching, but my eyelids dropped, suddenly heavier than a pencil case. Before I knew it, I was asleep, in a dream of scissors.

I woke up to a screaming Leo shaking me out of my wrapper. He screamed and pointed. There they were: the scissors.

The scissors were relentless. We needed a way to lose them. And we slowly were! Until we ran into a wall, the dead end that would leave us quite dead.

With the scissors closing in and the wall in front of us, we had few options. I didn’t need to tell Leo. He was already scaling the wall like he had glue on his hands. I followed suit. When we got over the wall, we sat down in relief. A perfect time to finally catch a break. To final-

RIIIIIIIIIIIIIIINNNNNNNNNNNGGGGGG!!!!!! The sudden pencil shattering noise almost made me fall right back down the wall and into the open jaws of the scissors. I looked at Leo in confusion. Clearly, he had the same thought. What the what?

Then it happened. The noise. It sounded identical to when a new set of pencil crayons was put in my home, the pencil case. So many. So loud. A stampede of noise. The air was shoved into my face.

Suddenly, I spotted the pencil that had been under the scissors trembling towards us. Then the foot came. The pencil was no more.

I turned, awakening my inner running-really-fast instincts. I sped past Leo, grabbing his hand, and was running so fast that I was kicking up pencil shavings. We zoomed until we had no more breath to even exhale. I was too tired. We could hear the distant thundering of the giant things. Then one steady one, which created a beat, was louder than the rest. It got louder and louder, louder and louder. We both realized it was too late. One of the beings was behind us. And we were picked up, enclosed into the prison of one sweaty hand. We were trapped.

We looked at each other, trembling in fear. Then a booming, terrifying voice said,“Hey man, aren’t these yours?” Leo’s and my eyes widened. Our owner! He’s gonna save us!

“Heck no, that gum’s probably older than me!”

We were transferred from one sweaty prison to another.

Our owner’s hand left us to rot on the side of our table. Our old table. The home we had known for so long. Our journey to find a new home had left us with… Our old home. Nothing accomplished.

The two giants traded a few words, like “tests” and “dead.” Then it began. Every giant in the room took out a sheet of pure white. And the “Test” had begun.

A while later, we could see that our owner wasn’t doing too hot. He was shaking and sweating. Leo and I gulped.

Leo seemed interested in the piece of white, now again dotted with black. He murmured,“Not correct, he forgot the formula and substitution…”

I didn’t understand a word he was saying, but he signaled for me to go and help my owner.

He asked me to erase.

I didn’t know if I could do it anymore.

The last time I did it… I destroyed the beautiful art my owner had drawn. That was what had made me leave. And now...

I walked over to the paper, noting the look of shock my owner had on his face. I erased where Leo told me to erase. And, with my left corner, the part that was darkest with traces of pencil lead I had absorbed, I wrote what Leo told me to write.

At last, when we were done, Leo and I crept away, unsure if what we had done was good or bad.

Two hours later, the owner found us behind the pencil case, lifted us up, and had a look of pure joy on his face. And I knew we had done good. Cayden Zhang is in grade 6, and he is 12 years old. He also hates writing in third person. He loathes thy perspective 3 No, no no no I loathe thy perspective 3 For it be awkward, strange, And really weird Also, Cayden does not have a beard.

Crimson Rise helps students get started early on their candidacy for top universities and careers. 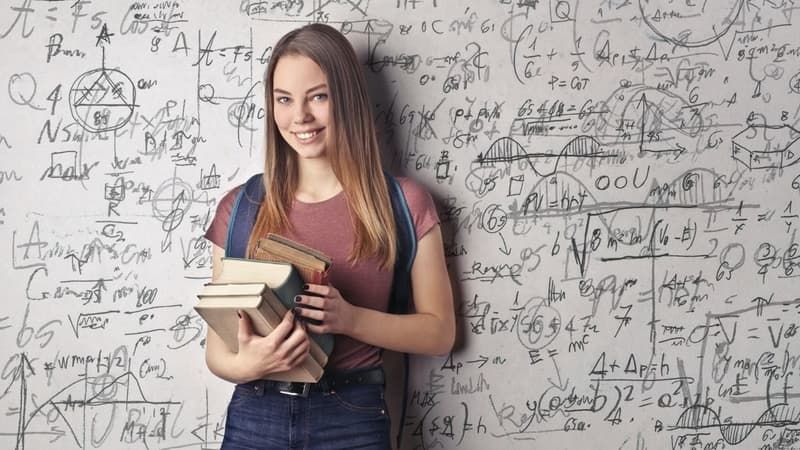 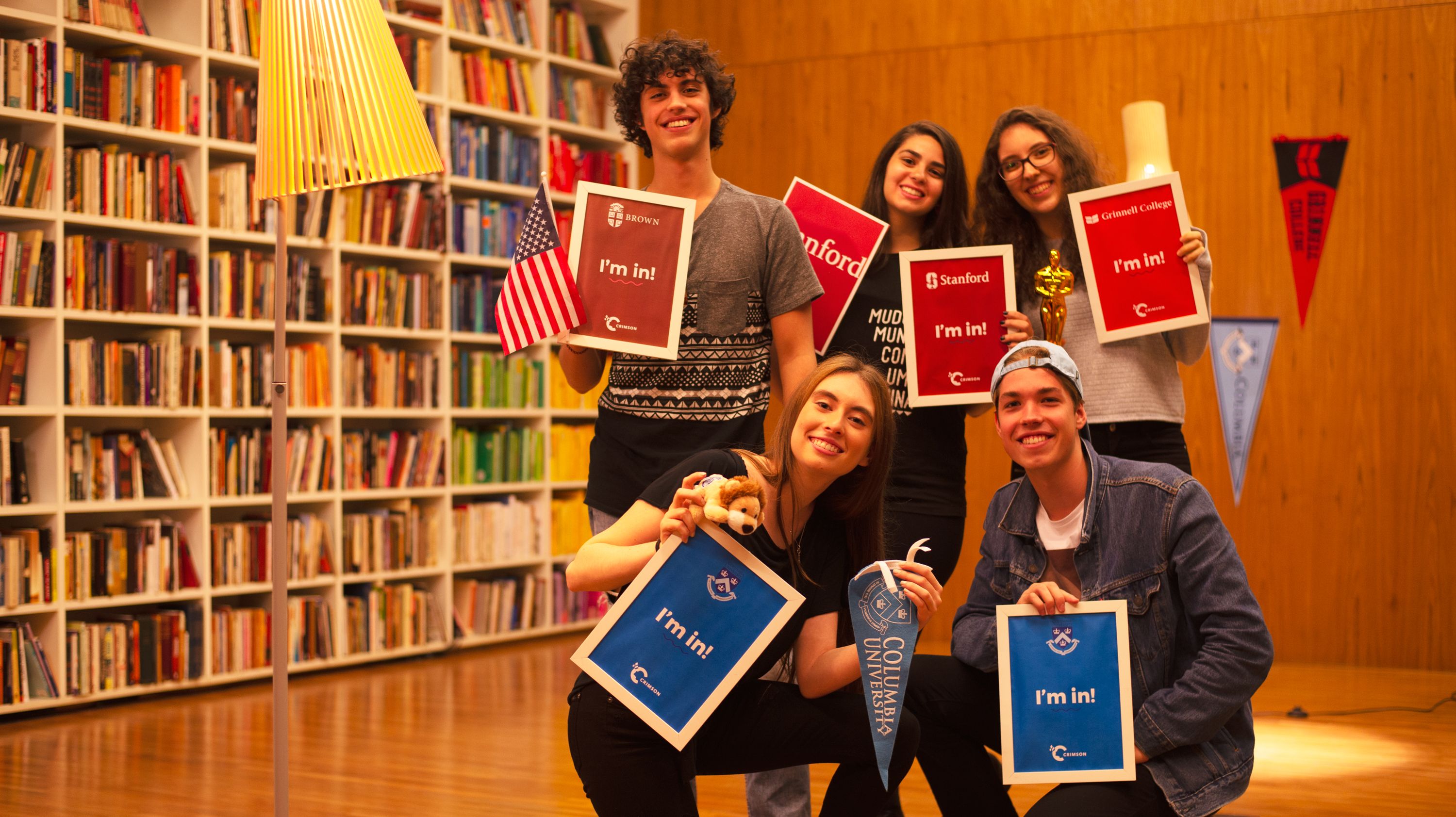