Have you ever dreamed of studying at a University in Continental Europe? Check out these 10 prestigious, top-ranked European universities that offer select programs in English!

A lot of university students in the US, the UK and elsewhere love to go on exchange to European universities. Amongst other things, exchange can be a fantastic way to see more of the world, take unique classes, make new friends and hone your foreign language skills.

The benefits of studying at a European University are listless. While a semester or year-long exchange might be a highly enjoyable cultural experience, studying for multiple years in Europe gives you a better opportunity to fully immerse yourself in the culture. Additionally, by studying an entire degree overseas, you will have more time to build up your language skills in the local European language, which is always a strong point on a CV. Having more time in Europe may also afford you other benefits, including greater access to local job/internship opportunities, more time to settle-in and excel academically at the European university, and allow you to build a bigger network of global friends.

On the other hand, perhaps the most difficult thing about choosing to study in Europe is having to choose from the diverse array of countries, cultures and universities on offer! To get you started, check out these 10 great European universities which offer some English programs:

EPFL is a top-ranking research institute and university in Switzerland, specialising in natural science, architecture and engineering. Times Higher Education (THE) ranks EPFL 19th in the world for Engineering and Technology, and the 43rd best university overall. With its Lake Geneva setting, it is also undoubtedly one of the most beautiful and picturesque campuses in the world. EPFL teaches in English for masters courses and upwards.

Heidelberg is Germany's oldest university, being founded in 1386. Set in the adorable Baden-Württemberg town of Heidelberg, the university’s strengths are the humanities, natural sciences and medicine. Due to its age and continued excellence for over 600 years, its alumni and faculty have gone on to be some of the most influential figures in their field. Included are philosopher Georg Wilhelm Friedrich Hegel, inventor of the periodic table Dmitri Mendeleev, classical composer Robert Schumann and 27 Nobel Laureates. THE ranks Heidelberg as the 5th best university in continental Europe. Heidelberg teaches in English for a number of its graduate degrees.

Ranked the 21st best university in the world for engineering & technology by THE, Delft University of Technology is a forward-looking institution with world-class facilities. TU Delft is also the oldest and largest Dutch public technological university, being founded in 1842. Perhaps Delft has most-recently been best known for its student’s robotic and engineering projects, which have gone on to win competitions such as the the World Solar Car Challenge and Formula Student electric car competition. Delft teaches undergraduate Aerospace Engineering, Applied Earth Sciences programmes, Electrical Engineering, Nanobiology, and Computer Science courses in English.

One of the highest-ranked universities in Germany, TUM has 15 academic departments and over 40,000 students, 30% of which are international. Known as “the entrepreneurial university,” the university itself tries to embody many of the innovative and entrepreneurial values it tries to instil in its students, and has been the first German university to establish an international subsidiary - the German Institute of Science and Technology (GIST) in Singapore. Thirteen Nobel Prize winners graduated from TUM, including Carl von Linde, who invented the refrigerator, and Rudolf Diesel, who conceived the diesel engine. In terms of rankings, TUM is ranked 24th in the world by THE for engineering and technology and 14th in the world for computer science. TUM teaches 172 degree programs, including plen­ty of them in English.

Bocconi, colloquially known as the “Harvard of Italy,” is a leading private university with challenging programs in the fields of economics, finance, law, management, political sciences and public administration. Bocconi is ranked by USNews as the 3rd best university for economics & business outside of the UK and USA, and the university also has a very prestigious MBA program. As such, many of the alumni of Bocconi have gone on to become the leaders of some of Italy and the world’s biggest companies, such as De'Longhi, Luxottica, Renault and Vodafone. Bocconi teaches the majority of its postgraduate classes in English, as several of its bachelor of science programs.

Karolinska is among the world’s leading medical universities, and is ranked 10th in the World (2nd outside the US or UK) for medicine by THE. In terms of undergraduate education, Karolinska offers a Bachelor of Medical Science with a Major in Biomedicine. Thus, the university offers one of the widest ranges of medical educations under one roof and is situated in Stockholm, one of Europe's most culturally-diverse cities with a long and inspiring history. You may also be familiar with the institution as it awards the Nobel Prize in Physiology or Medicine every year, and has graduate several notable Nobel Laureates, such as Torsten Wiesel and Tomas Lindahl. Karolinska’s global master's and bachelor's programmes are taught entirely in English.

The Paris Institute of Political Studies (SciencesPo for short) instills in its undergraduate students a multidisciplinary foundation in the humanities and social sciences. Every year, fresh graduates from SciencesPo in Paris join the highest rungs of world politics and public administration. The university’s alumni include seven French presidents, 13 French prime ministers and 12 foreign heads of state or government. SciencesPo also has exclusive programs like the Dual Bachelor Degrees with prestigious US and UK universities including Columbia University, UC Berkeley, and UCL. These dual-degree programs, as well as several other undergraduate and postgraduate programs are taught in English.

SLU-Madrid is the satellite international campus of the Missouri-based St Louis University, offering 15 degree programs in a wide range of subjects - from Art History to Economics, Marketing to Psychology. No matter what you study, the university remains true to its US roots and attempts to instil in its students a comprehensive liberal arts education, focusing on skills such as critical and analytical thinking, effective communication, and interpersonal skills. It is a popular option for SLU students to spend 2 years studying in Spain and 2 years studying in St Louis, or spend the entire 4 years in Spain. As an US college in the heart of Spain, all degrees are taught in English.

UCM is an English-language, highly international, Liberal Arts and Sciences Honours College that provides small-scale and individualised bachelor's education. Importantly, the college is open curriculum, allowing students to blend and compose their own personalised course. Aiding the college’s small-scale and community focus is the fact that it is housed in the immensely beautiful 15th century Nieuwenhof monastery in Maastricht. UCM is part of the broader Maastricht University, which has several other campuses in and around the city of Maastricht. All of UCM’s Bachelor of Arts and Bachelor of Science degrees are fully taught in English.

LMU's institutes and research centers are spread throughout Munich, with 18 different faculties. As such, it boasts a huge number of courses, including sciences, humanities, medicine, law and business. LMU is also currently the second-largest university in Germany with over 55,000 students, of which around 15% are international. LMU has historically been a leader of scientific discovery and is associated with 43 Nobel laureates, including Max Planck, Werner Heisenberg, Otto Hahn and Thomas Mann. THE ranks LMU the 2nd best university in continental Europe, and the 1st best university in Germany. LMU offers some of their masters degree programs taught entirely in English.

Did you know that we at Crimson can help you gain admission to European Universities?

Our experts can help you find the best-fit university out of some of Europe’s top universities, assist you find a program you are interested in and can help guide you through the admissions process. To find out more, book a free consultation with our education experts today! 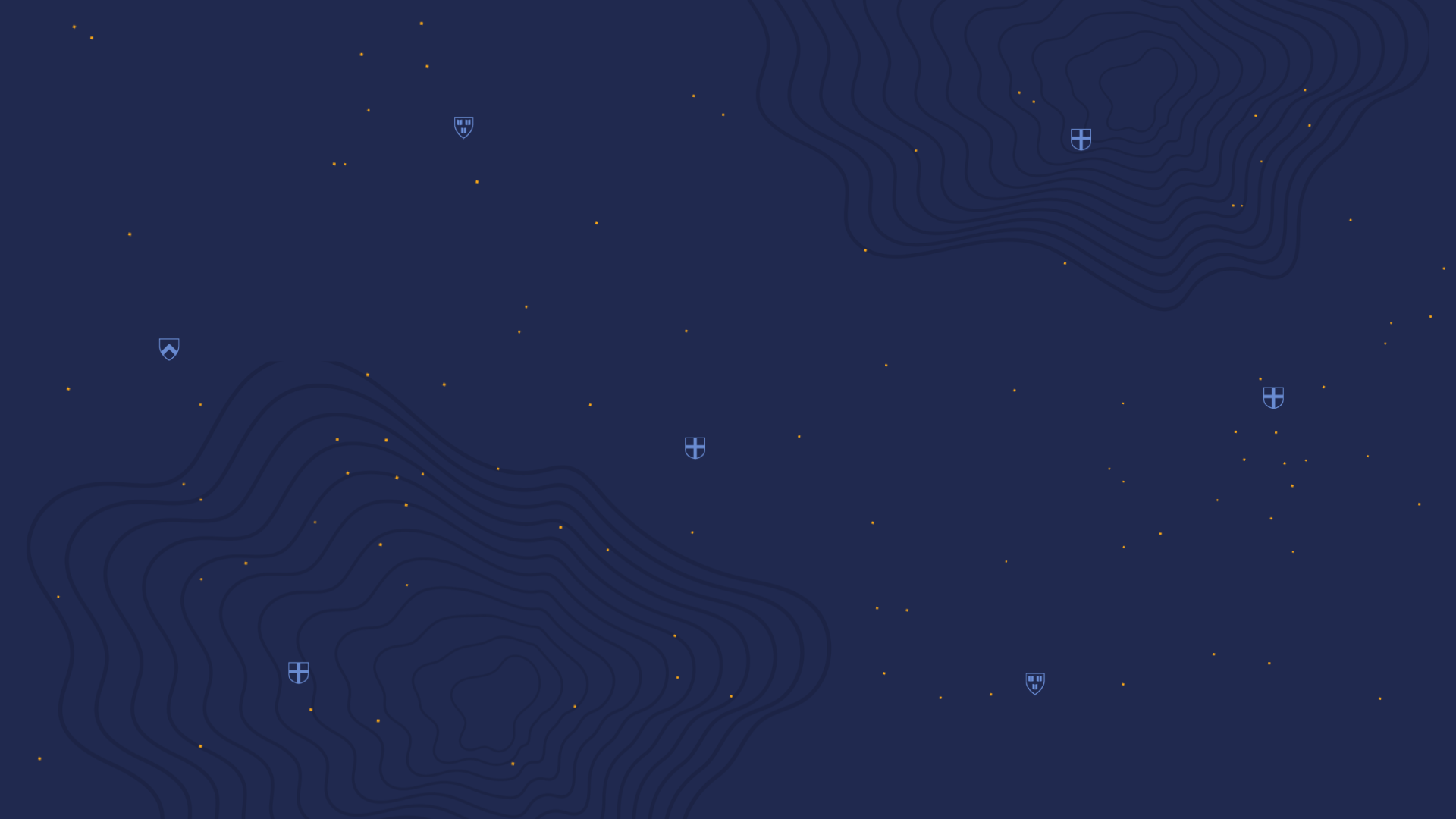 We help students navigate the application process for universities all over the world, including in the US, UK and Continental Europe.

What Can I Study In the USA?