Michelle and Barack Obama talk Harvard Law School, their early careers in Chicago, and how education can transform communities in new podcast.

Last week, Michelle Obama launched her new podcast, “The Michelle Obama Podcast”, inviting her husband on the show as its first guest. Amongst other things, the pair discussed their experience at Ivy League colleges and Harvard Law School, as well as the opportunities their top-education provided them to help their communities.

It is difficult to describe all the great things that former First Lady, Michelle Obama has done to help and empower communities and the American people.

From South Chicago, Michelle attended college at Princeton University, before studying at Harvard Law School. While she studied, she worked as a community organiser in South Chicago, helping people to register people to vote and participate in government.

Following her top-class education, she worked at prestigious Chicago law firm Sidley Austin, before switching to roles in government and education where she saw a better opportunity to empower her community. Since becoming First Lady, she has served as a global advocate for gender equality, racial equality, poverty awareness, education, and community health.

On discussing this decision to switch from corporate law to government work on the podcast, Michelle says that she was motivated in-part by her feelings of isolation from her South-Chicago community.

"I was on the track. I was checking my boxes. Because I was doing what I thought and thought I needed to do because I was a poor kid. So, I didn't feel like I had the option to just go off and do other things”, she said.

"But I also had a limited vision of what I could be because schools don't show you the world, they just show you a bunch of careers. But I came to learn the same thing you learned that while working on the 47th floor in that fancy law firm making all that money, that it felt lonely.

"And you know, I had this amazing view of the southeast side of the city from my office, I could see the lake and I could see all of the neighborhood that I had come from. And I never felt further from that neighborhood than when I was sitting in that office working on briefs and cases that had nothing to do with anything that helped a broader group of people outside of myself."

Barack Obama’s journey to become the first African-American president of the USA is also inspiring. From Honolulu, Hawaii, he started college at Occidental College in Los Angeles, before transferring and graduating from Columbia University, and subsequently graduating from Harvard Law School.

While at Harvard School, he was the first African-American president of the Harvard Law Review and worked at Sidley Austin (where he met Michelle). Following graduation from law school, he worked as an academic at UChicago Law School and a civil rights attorney, before going into politics. The week also marks the former President’s 59th birthday.

Reflecting on how his Harvard Law degree changed his life in the podcast, the former President is thankful for the security it provided him to be able to work in the community.

"I think I figured out once I got to school that if I am chasing after my own success, that somehow, I am going to end up alone and unhappy," he explained.

"And that's why I ended up going into community organizing and the work that I was doing because when I thought about how I want to spend my life, what I looked at was what those civil rights workers had done...And the freedom riders had done.

"So, but the thing that a Harvard education gave me, the real ticket that I punched wasn't to chase as much money as I wanted. What I purchased was enough credentials and security that I could go do the crazy things I wanted to do in terms of working in neighborhoods, going into politics, all that….Knowing that I had enough of a floor beneath me that I was going to be okay."

We at Crimson want to challenge all current and prospective university students to use their education to help empower their communities.

Every year we help hundreds of students from a diverse array of backgrounds gain admission to their dream university, which equips many of their students with the means to help empower their communities. We also have initiatives such as the NZ Te Ara a Kupe Beaton Scholarship and the Crimson Youth Fund, which encourages students to make a lasting impact on their community.

If you would like to find out more about who we are and how we can help you gain admission to your dream university, check out our admissions support page below!

Do you need help getting into a top-ranked university? 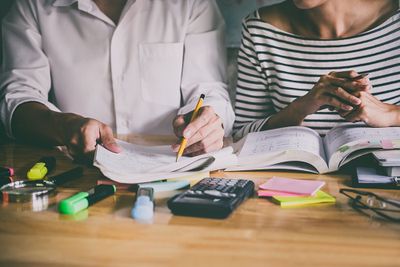 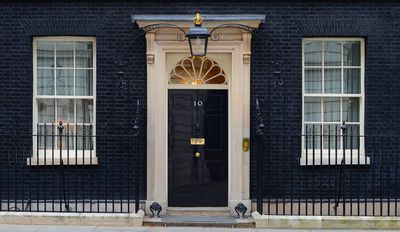