Interview: The Founders Trend and Why it Won’t Always Get You into Top Unis

In recent years, more and more students have added the title of ‘Founder’ next to their name and shape the major themes of their university application around this achievement. But starting a company, while quite impressive, is not the only way to stand out to college admissions officers — and it doesn’t make everybody a shoo-in!

When it comes time to build your US college application, extracurricular activities can make a big difference in the image you present to admissions officers. Extracurriculars show what you’re passionate about outside of the classroom and how you demonstrate leadership and community involvement on your own time. With technology and resources more readily available than ever before, this has led many students to start businesses as an impressive way of showcasing their interests and ambition.****

However, like anything, the more students who do it — the less unique it becomes and the less impact it makes in the admissions office. That’s not to say that founding a company is easy, or that it won’t impress! But authenticity and innovation are much more important than the perceived prestige of the ‘Founder’ title, and whichever endeavor you take on, it’s crucial to make sure it reflects a meaningful purpose.

In a recent episode from the College Tips series on the Top of the Class podcast, Managing Director of Crimson Education USA and Canada, Anjali Bhatia, dives into admissions history to see how we’ve arrived at this trend, exploring how admissions officers may look at  ‘Founder’ applications and what you can consider if you plan to start your own organization.

Below is an abbreviated transcript of the Top of the Class interview between Anjali and podcast co-host, Alex Cork. Some quotes are edited for clarity. Click the following links to download the full episode or stream it on Spotify or Apple Podcasts.

Hi, Anjali. Welcome to College Tips. What are we talking about today?

I’ve noticed in the last 10 years, that high schoolers are very focused on this idea that you need to start a club or a nonprofit, or some sort of initiative to get into a top school. And as someone who did start a nonprofit in high school, and now supports a lot of our Crimson students in their passion projects throughout high school, I actually have a lot of thoughts on this. I don't think it's necessary for you to start your own organization, and I'd love to chat a little bit about that.

I think that's a super relevant topic. So where do you think that trend originated? And is it so far gone now that it's even in the minds of admission officers?

Yeah, that's a great question. So let's go into admissions history a little bit. I think prior to the 80s, there was this idea that you had to be a renaissance man or woman — you had to be that varsity athlete, plus editor of the newspaper, plus having some sort of music activity, and having all of those made you well-rounded.

And then when we get into the 90s, what we saw was a lot of pursuit towards being extraordinary in fewer things, and this term ‘well-lopsided’ started. So you start to see that people were not needing to be completely well-rounded, but instead, they did really well in a few things. And that became interesting — but then it kept pushing, right? So then it became, ‘Oh, you didn't just do well in things, you created your own club.’ And now it's really escalated to this idea of having created an organization, and it's just getting more competitive than ever, and you want to keep raising the bar in terms of what you've done.

So then you had this question of whether admissions officers were just looking for that? And I think it's actually gone the other way, where admissions officers are becoming jaded — they're like, ‘Okay, this kid has started yet another club. But what have they really done?’ I think now we're at this point in the 2020s where they don't care if you have that term ‘Founder’ anymore, because everyone does. Instead they're looking solely at impact. How much did you actually seem to have cared about this? When did you start? How many years of commitment did you have? And what was the actual amount of work you did? And how did that result in helping others, or the amount of revenue or amount of app downloads?

So what we're seeing is those kids that you hear about that are getting into all of the Ivies and getting all the scholarships — and the initiatives they started were extraordinary: they often had international impact, they have really high numbers. And that's not something that people are just doing in their junior year, right? It's something built over time.

What I have actually seen being really effective is people who take this concept of entrepreneurship, but they build it within existing organizations. So perhaps they volunteer with an existing nonprofit, and instead of starting their own and trying to recreate the wheel, they'll go into that nonprofit and start something new, and really build and scale an initiative that way. So it's creating less waste, and it's really creating a much more sustainable model of helping versus a club that only stays around for two years and has 20 members.

It's really interesting for students that being a founder may actually end up backfiring for your application, because it looks as if it's a box that now needs to be ticked. Is there any time where a student has come to you and said, ‘Hey, Anjali, I've got a great application. Look, I'm the founder of an organization’ — and you're like, ‘I can kind of see that that's not really achieving what you think you might be achieving through the admissions process.’

Oh, absolutely. And I find that students repeatedly default to working on the exact same ideas. So I think this is understandable because you're all in high school and you've had very similar experiences. But, for example, I've seen a lot of nonprofits focused on STEM education: you go to perhaps underserved areas, and you try to teach STEM concepts. And that itself is a great thing to do — we need more STEM education in a lot of communities! But do you need to create a whole separate nonprofit for it? Or can you do it within an existing organization? What are ways for you to really accelerate things that don't don't mean that you have to create everything from scratch?

Yeah, because in reality, you could probably have more impact in an existing organization and having that intrapreneurship — by innovating within the existing organization — than you would by starting a new one all by yourself. Is that something that you've seen as well, where you're like, ‘Why didn't you just join this organization? Why do you feel like you needed to start your own?’

Absolutely. And I think it takes a little bit of acceptance that you won't have that ‘Founder’ title, and an understanding of how you can accelerate within an existing institution where you have a lot more resources and guidance. And again, you have that default that they can continue a program even after you leave; so creating initiatives with the intention of sustainability after you're gone means that it's not really just about you. It's much more about the mission — and I think that's very impressive to admissions officers.

Anjali is just one of many admissions experts on Crimson’s global team who have helped scores of students gain admission to their dream universities. Curious how you can build a stand-out college application with extracurriculars and essays that shine? To learn more about how Crimson can help set you on the path to success, click the link below to schedule a free one hour consultation with an Academic Advisor. 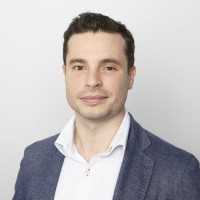 Alex Cork manages the Top of the Class podcast and has worked in the education sector for 10 years. He has interviewed more than 300 students and has a genuine curiosity in student achievement whether this be in sport, music, extracurriculars, academics, business or activism.

Interview: A Deep Dive Into the UK Personal Statement with a Crimson Strategist and Oxford Graduate

Common App Announces 2021-22 Essay Prompts, Including One We Haven't Seen Before

How to Tackle Every Type of Supplemental Essay